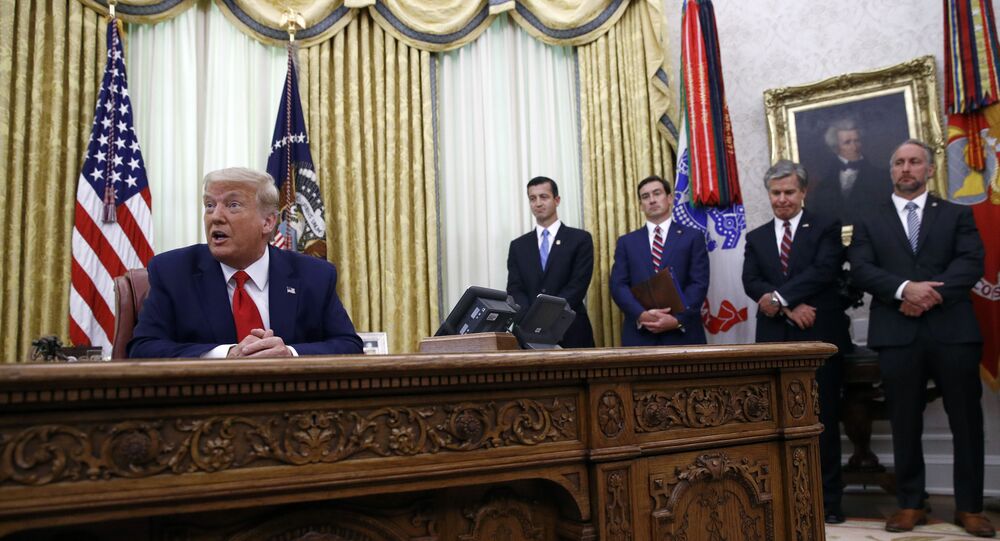 On Thursday, a senior Pentagon spokesman dismissed reporting by NBC News that Secretary of Defence Mark Esper was preparing to proactively resign from his post in the expectation that he would be one of the cabinet officials to be pushed out by President Trump in the coming weeks.

President Donald Trump is considering firing Secretary of Defence Esper, CIA director Gina Haspel and others, including FBI Director Christopher Wray, The Hill has reported, citing sources said to be familiar with the situation.

One source told the outlet that despite recent Pentagon statements to the contrary, Esper could be forced out as soon as this week. A second source noted however that nothing has been set in stone so far.

An aide to members of the House Armed Services Committee confirmed that the panel had not been told about “any imminent personnel changes within Pentagon leadership” to date, with the Pentagon pointing media inquiries to earlier comments by Pentagon spokesman Jonathan Hoffman that Secretary Esper had “no plans to resign,” nor had he been asked to resign.

Esper and Trump suffered a falling out in recent months, including over the president’s opposition to the stripping of Confederate leaders’ names from US military bases, and the Pentagon chief’s resistance to deploying the military to crack down on anti-racism and police justice protests overwhelming multiple major US cities this summer.

Speculation is also rife that CIA chief Haspel and FBI Director Christopher Wray may be forced out, The Hill says, citing what it says is frustration in the White House over a lack of support amid recent political developments, including the lack of a formal FBI probe into Hunter Biden’s alleged illegal business dealings in Ukraine, and the agency’s refusal to sack officials responsible for the Russiagate investigation against President Trump.

Trump picked Esper for the post of Secretary of Defence in mid-2019, with Esper succeeding General Jim Mattis, who resigned over disagreements with Trump on Syria policy and other issues. Trump picked Haspel for the post of CIA director in May 2018 after its previous chief, Mike Pompeo, was tapped to replace Rex Tillerson as Secretary of State.  Wray succeeded James Comey as FBI director in August 2017.