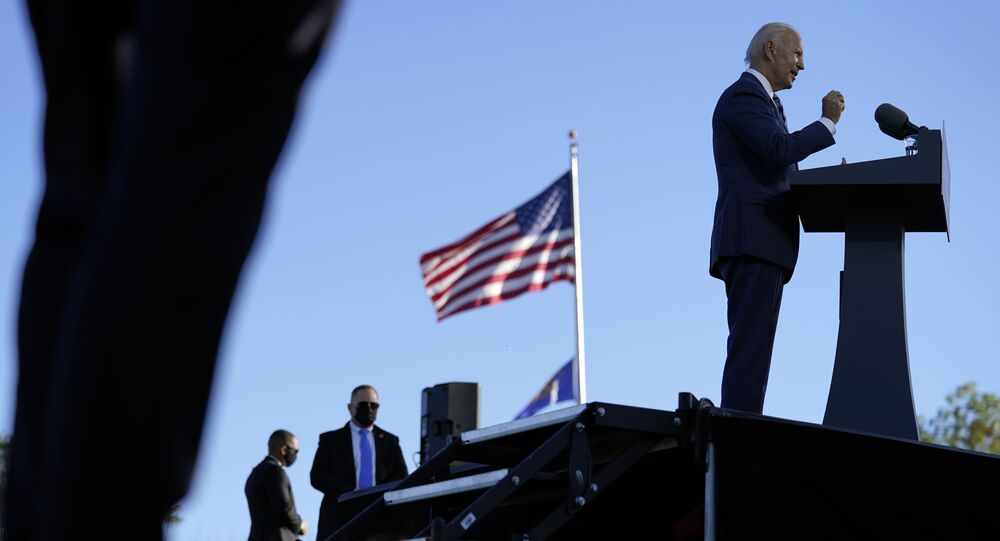 The former vice-president’s potential path to the White House received another boost on Friday after he gained a razor-thin lead in both Georgia and Pennsylvania, with the battleground states previously leaning towards Trump for most of the past three days before turning Blue as ballots counted edged closer to 100 per cent.

The US Secret Service sent reinforcements to the campaign headquarters of Democrat candidate Joe Biden in Wilmington, Delaware in anticipation of a declaration of victory, CNN and the Washington Post have reported, citing unnamed sources.

Two sources confirmed to the Post that Biden’s protective detail had quietly been beefed up on Thursday, although a spokesman for the agency formally declined to comment, saying that the agency does not discuss plans to ensure the safety of candidates for president.

One of CNN’s sources, described as a senior law enforcement source, said the increase in Biden’s security detail was “expected” and “actually a little bit delayed". Typically, the Secret Service beefs up the presumed winning candidate’s detail on election night, but was more “cautious” this time because of the close state of the race, according to the source.

Also on Thursday, the Federal Aviation Administration put out a flight restrictions notice for the airspace over Wilmington, including Biden’s residence and his Chase Center campaign HQ, designating them as “National Defence Airspace".

The Biden campaign edged closer to victory on Friday with Trump strongholds Georgia and Pennsylvania appearing to turn blue in last-minute counting, after 99% and 98% of votes had been counted respectively. The candidate is said to have already won 264 electoral college votes, and to be leading in Nevada, giving him multiple paths to securing the 270 electoral votes needed for victory.

President Donald Trump, who railed against mail-in voting for months during the campaign, vowed Thursday night that he would “not allow corruption to steal” the election, accusing his enemies of seeking to “silence” his supporters, “manufacture results,” and “rig” the election.

Trump also took to Twitter, which has slapped disclaimers on more than a dozen of his recent tweets for alleged ‘misinformation’, to assure voters that he would “easily WIN” the election “with LEGAL VOTES CAST”, and to suggest that the “Supreme Court should decide” how to proceed from here.