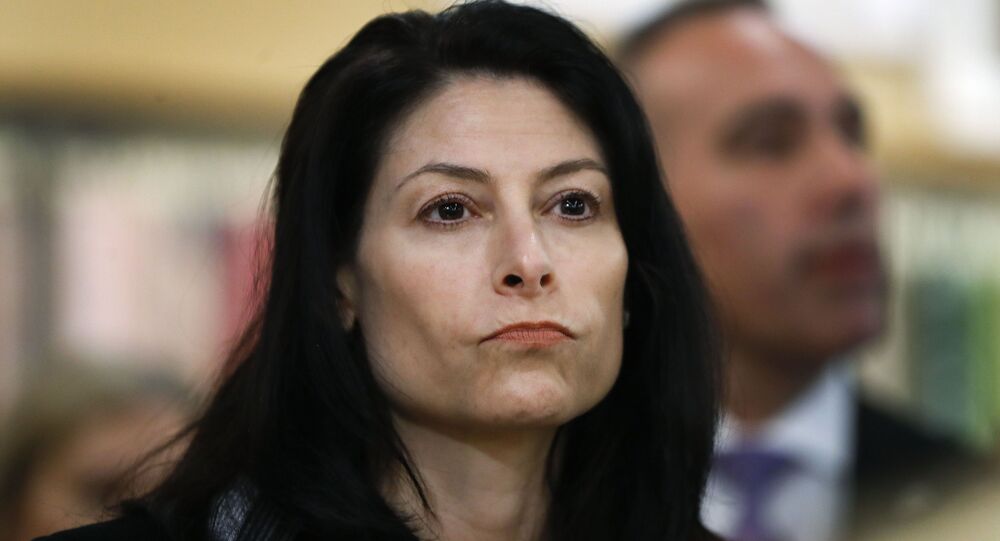 As the US is impatiently awaiting the results of the 3 November presidential race between incumbent President Donald Trump and his Democratic rival, former VP Joe Biden, Michigan became one of the disputable states between the two candidates.

Dana Nessel, Michigan's Attorney General, on Thursday called on residents to stop telling state election officials to “shove sharpies in uncomfortable places”, arguing that such behaviour is “never appropriate”, especially as the American nation is waiting for the outcome of the 3 November presidential election.

Dear members of the public: Please stop making harassing & threatening calls to my staff. They are kind, hardworking public servants just doing their job. Asking them to shove sharpies in uncomfortable places is never appropriate & is a sad commentary on the state of our nation.

The Democratic attorney general’s request came in response to reports of voters that worried their ballots would not be counted because they were filled in using Sharpies. USA Today reported on Wednesday that some voters claimed that election officials in the battleground state of Michigan handed voters Sharpies, a brand of permanent markers known for their strong ink and stronger fumes, so that their ballots would not be counted.

However, Michigan election officials said the claim was untrue, pointing out that Sharpies are an acceptable method of marking ballots.

“Blue and black sharpie is perfectly fine,” Tracy Wimmer, a spokesperson for the Michigan Secretary of State’s office, said in a statement to the Associated Press. “To say otherwise is misinformation.”

The state of Michigan, now called for Democratic candidate Joe Biden, is currently contested by Republican President Donald Trump. On Wednesday, in a bid to take back the state from Biden, the Trump campaign took legal action to stop counting votes “until meaningful access has been granted” to counting locations to observe the counting process, which is guaranteed by Michigan law.

The president’s team also demanded “to review those ballots which were opened and counted while we did not have meaningful access”. However, the counting process was not halted.

As of the present time, Biden is leading in the hotly-contested presidential race, with 264 electoral votes, according to AP. Trump is trailing behind, with 214 electoral votes.