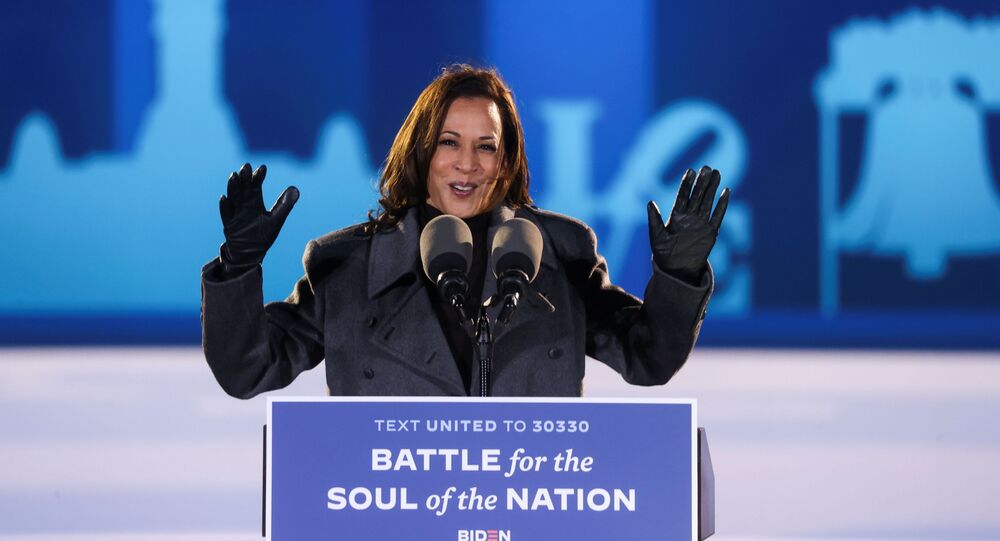 California Senator Kamala Harris is the Democratic VP pick for presidential candidate Joe Biden. She is considered the first woman of colour in the history of the US to be nominated for this position by one of the two major parties. At the present time, the Senator has a good chance of becoming the nation’s VP, as Biden is leading the race.

A video of the US Democratic vice presidential nominee for the 2020 presidential election, California Senator Kamala Harris, has gone viral on the Internet, as the nation waits for the results of the 3 November vote.

In a video posted by Harris’s niece, Meena Harris, on Wednesday, the California Senator tells her grandniece, Amara, that she “could be president” of the United States when she grows up.

“You could be president,” Harris says in response to a question from Amara, who is sitting on the VP candidate’s lap. “But not right now. You have to be over the age of 35.

“You could be president.” pic.twitter.com/akB2Zia2W7

In a follow-up tweet, Amara’s mother, Meena, said that her “daughter wants to be both president and an astronaut”.

Twitterians hugged the 13-second clip with positive reactions, with many saying they had also dreamed to become president in their childhood.

“Me too? But I gave up as a kid on being president because I never thought they’d let someone like me be president,” someone wrote in the comments. “So glad that’s changing.”

Me too? But I gave up as a kid on being President because I never thought they’d let someone like me be president. So glad that’s changing

I love how your daughter is playing with your sister's lapel, just talking. It's so normal. And my God, haven't we missed seeing just normal, healthy, human interactions when we're talking about a presidential administration? Sad statement to make, but I love this.

I just love the earnestness of that age. (And your daughter is cute too.) pic.twitter.com/HQFhTDGdZR

Showed this to my three year old and she said “that’s me!” Here she is hyped the other night. Go Kamala! pic.twitter.com/kDfGFc6EVb

Kamala Harris is the first Asian-American woman in the history of the US to win the vice-presidential nomination of a major party. At the present time, she has a very good chance to become the nation’s first woman of colour to be elected as a US vice president, as her running mate, Joe Biden, is leading Republican President Donald Trump in the results of the 3 November election, while final results are still awaited.