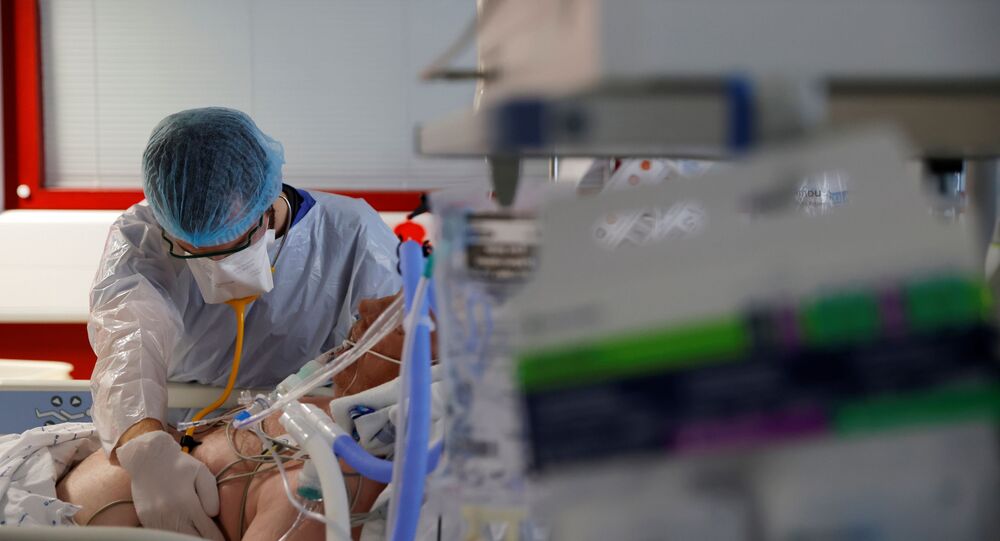 The United States on Wednesday recorded more than 100,000 new COVID-19 cases in a single day, marking the largest one-day increase since the pandemic began.

According to a New York Times database, the total number of infections reached 107,872 cases on Wednesday. The number of average cases in the past week has also increased by around 51% to an average of 91,878 cases per day. The US’ previous daily record for cases, 97,000 cases, was set on October 30.

In addition, 23 states have recorded more cases in the past week than in any other 7-day period throughout the pandemic. Five states, such as Maine, Minnesota, Indiana, Nebraska and Colorado, also set single day-case records on Wednesday.

Although data by the COVID Tracking Project offers a slightly different figure, with only 103,087 news cases on Wednesday, the database shows that over 1,000 new deaths and 2,800 hospitalizations occurred in the last 24 hours.

Hospitals are also quickly filling up with more than 52,000 COVID-19 patients in US medical facilities, the highest number since August 6.

​An analysis by the New York Times shows that in the last 14 days, daily cases in Minnesota increased by 102% while cases in Indiana surged by 73%. Elsewhere, new cases in Wyoming spiked by 73%, whereas cases in Iowa more than doubled in the last two weeks.

“We are again in danger of losing control of this pandemic in Iowa,” Suresh Gunasekaran, chief executive of the University of Iowa Hospitals and Clinics, wrote in an appeal to the state’s residents. “Our COVID positivity rates skyrocketed twice before, but this is the first time we have seen rates this high while also dealing with record patient hospitalizations.”

The surge in new cases comes as public health experts have warned of an increased risk for cases and deaths as the flu season quickly approaches, with Francis Collins, director of the National Institutes of Health, urging Americans “to do the right thing” and wear a mask to help prevent the spread of the virus in the coming months, the Washington Post reported.

Melissa Nolan, an infectious disease expert and professor at the University of South Carolina, also warned that all respiratory infections tend to increase in the winter as people tend to gather indoors more frequently during the colder months.

"Unfortunately we don’t have a crystal ball,” Nolan noted. "We do have a portion of the population with prior exposure, so that should help mitigate and slow transmission compared to March when everyone was vulnerable to infection."