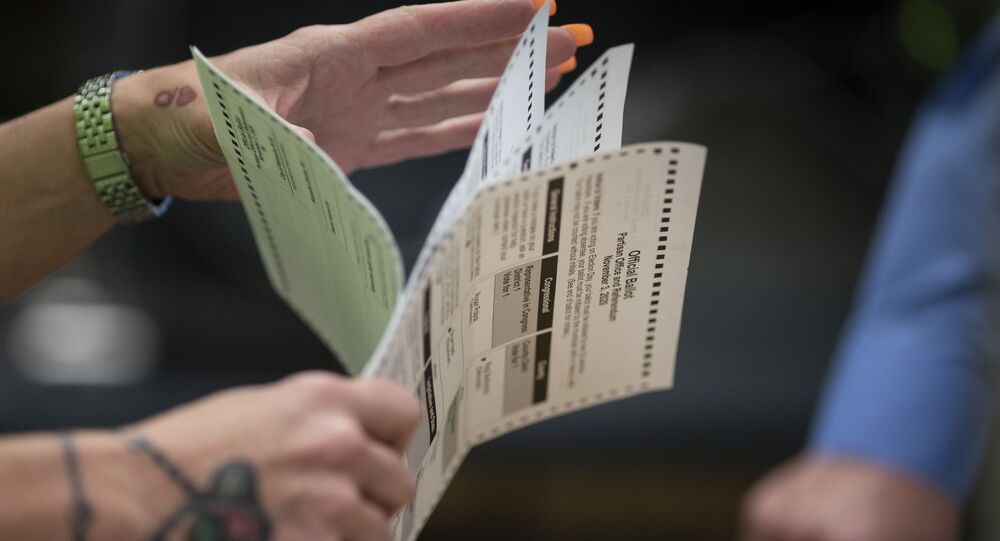 The results of United States presidential election have not yet been called. While Democratic candidate Joe Biden is currently on a course to win, his lead is not consistent with numerous pollsters who predicted that the former Vice President would win a landslide victory against Donald Trump.

A University of Virginia Center of Politics professor and political forecast expert, Larry Sabato, has called on pollsters to “completely redesign what they do” after he made a prediction that Democratic nominee Joe Biden would win the November election in a landslide.

​“I’m delighted that I’m not a pollster so I can criticize them freely. Look, they’re going to have to completely redesign what they do”, Sabato he told CNBC on Wednesday.

Sabato’s 'Crystal Ball' predicted that the former Vice President would secure a smash victory, with 321 electoral votes, compared to only 217 for incumbent Republican President Donald Trump. While Biden is in the lead as of Thursday morning, the election, according to reports, remains too close to call, and Sabato is highlighting a network of secret Trump supporters as the culprit.

“Yes, there was a hidden Trump vote”, he said.

Sabato said that the concept of 'hidden vote' can be useful to refer to polls and to look at them, but warned against being driven by them and conflating fluid material reality and numerical reporting.

"There is something about concrete numbers that human beings love, you know it takes an imprecise art and turns it into a science, except politics has never been and will never be a science", he explained.

Pollsters have been widely criticised during the 2020 election, which remains up for grabs nearly 2 days after election night, as many reported that Biden would lead a surging 'blue wave' over Trump and even win traditional Republican strongholds like Texas and North Carolina.

​Instead of a wash-out, Trump actually increased his support share among minority groups such as the black and Latino electorates while losing support among older white voters.

In the run-up to the US election, polls from various outlets gave Biden whopping leads over the president, leading some to reportedly become overconfident.

BREAKING: Joe Biden has a near double digit lead over Donald Trump based on our national poll of 2719 likely voters and Americans who have voted already. The details:

Both in the 2016 and 2020 presidential races, polling appeared to significantly overplay the chances of the Democratic candidate. Four years ago, it led to some awkward situations for the Hillary Clinton campaign, who, on election night, were popping champagne as Newsweek magazine ran a ‘Madam President’ publication cover.​

While the margin was slimmer, 2016 gave Clinton a significant lead before losing to Trump in the November election.

​The 'shy Trump voter' is a similar phenomenon to the 'shy Tory' - an observation based on a wide number of voters who are either embarrassed or reluctant to admit their true political leanings to researchers but vote for a conservative candidate.

Trump 2.0? Former Campaign Adviser Says President Could Run Again in 2024 if He Loses to Biden