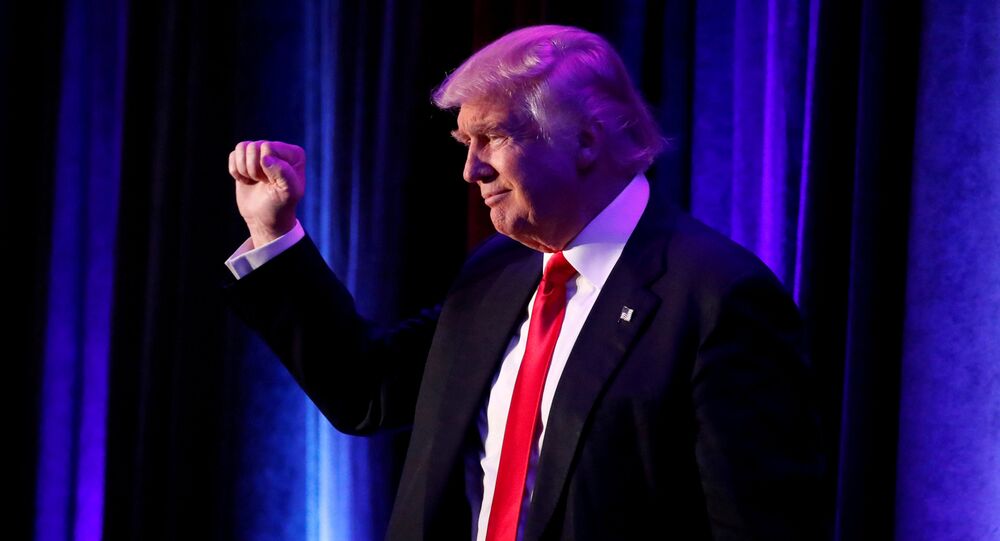 Trump 2.0? Former Campaign Adviser Says President Could Run Again in 2024 if He Loses to Biden

Donald Trump held a narrow early lead over Democrat rival Joe Biden most of Tuesday night and into Wednesday morning before fortunes turned and Biden’s vote numbers shot up dramatically in several battleground states. By Thursday morning, Biden took 264 of the 270 electoral votes needed to win. Trump vowed to challenge the results in some states.

There’s a strong likelihood that Trump will run again in 2024 should he narrowly lose the 2020 race to his Democrat rival, according to Bryan Lanza, the former deputy communications director on Trump’s 2016 campaign.

“If President Trump were to lose a squeaker election, which it looks like now but it’s not certain, I wouldn’t be surprised if he ran again,” Lanza said, speaking to CNBC on Thursday.

“You have to keep in mind – we’re going into the election the night before, or even the morning of, and everybody said we’re going to lose by double digits. The media had all these suppression polls, they were clearly putting their thumb on the scale to help Joe Biden get across the finish line, and President Trump would have barely lost if this is the narrative that we’re seeking,” the strategist added.

Intimating that there is a very good chance Trump would remain active in politics if he lost, Lanza emphasised that nobody on the Republican side would have the strength to challenge him if he did run again in 2024.

“He could probably glide through the primary pretty quickly, he still has the fundraising apparatus…I don’t think we’ve seen the last of President Trump. If you look at his career, you see moments when he gets knocked down, but what you see immediately after those moments when he gets knocked down, is that he immediately picks himself back up, and usually puts himself in an even stronger winning position,” Lanza insisted.

If he did run in 2024, Trump would be 78 years old, a year older than Democrat candidate Joe Biden is now. At age 70, Trump was already the oldest president to be inaugurated in US history in 2016. During the Democrat primaries, Biden was challenged by 79-year-old Vermont senator Bernie Sanders, narrowly defeating him.

© AFP 2020 / Stephen Lam
DOJ Reportedly Claims Armed Feds Can Inspect State Vote-Counting Locations On Allegations of 'Fraud'
The 2020 election is setting itself up to go down to a photo finish, with Biden awarded 264 of the 270 electoral college votes needed to win, and leading in the state of Nevada, which has 6 votes. Trump’s tally stands at 214 electoral college votes at the time of writing, with the incumbent also said to be leading in the states of Pennsylvania, North Carolina, Georgia and Alaska, which, if combined, would add 54 votes to his tally.

The Trump campaign has indicated that it would mount a legal challenge in multiple states narrowly won by Biden, and has demanded recounts in others. Trump has repeatedly accused his Democrat rivals of “trying to steal the election,” and has complained about his early election lead Tuesday night supposedly “magically” disappearing, “in almost all instances [in] Democrat run and controlled” battleground states.

All of the recent Biden claimed States will be legally challenged by us for Voter Fraud and State Election Fraud. Plenty of proof - just check out the Media. WE WILL WIN! America First!