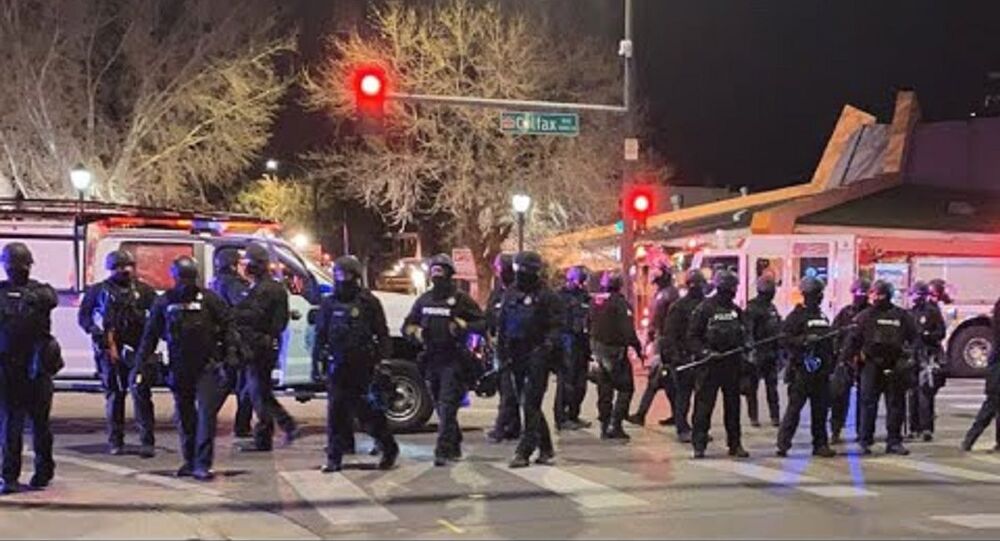 As the vote count continues following the 3 November presidential election in the US, protesters have flooded American cities, with police already issuing reports about people being arrested.

"Night crew", a group that comprises hundreds of election protesters, clashed with police in Denver on Wednesday after Democratic candidate Joe Biden was projected to win Colorado state.

According to the Denver Police Department, four arrests have been made so far.

The presidential race between Democratic candidate Joe Biden and incumbent President Donald Trump remains too close to call, with votes still being counted. While 270 electoral votes are required for the win, Biden has so far secured 264 votes, while Trump has 214 votes.