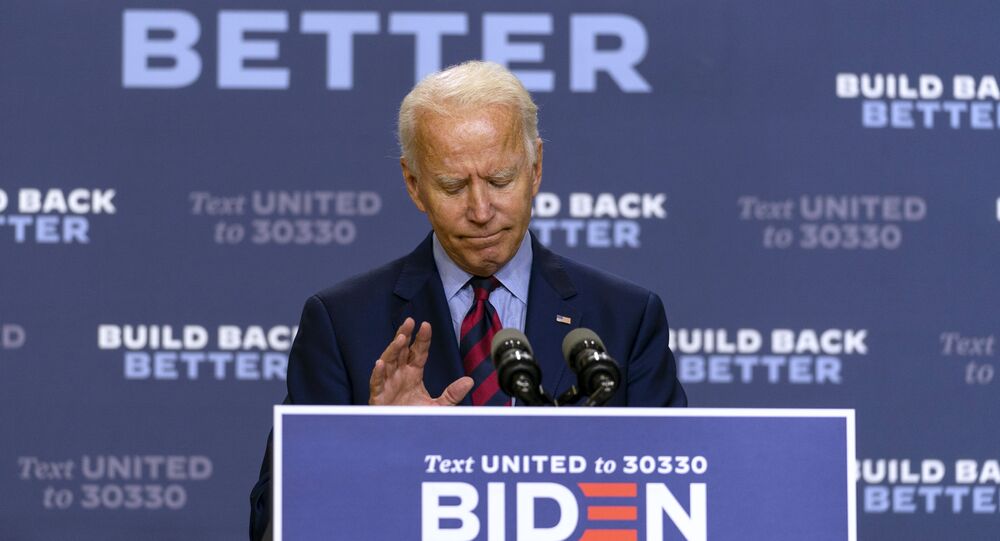 Paleoconservative professor of political science Claes Ryn previously ventured that it did not matter so much who won the presidential race in the United States, as the country was largely controlled by a kind of non-elected “permanent government”.

Swedish professor of political science Claes Ryn has unleashed bitter criticism against the Democrats' candidate Joe Biden on TV4, among others, describing him as “obviously mentally handicapped”.

The paleoconservative Swedish political scientist, who teaches at the Catholic University of America in Washington DC, also directed harsh criticism at how the media has handled the election cycle.

Ryn underscored that the media have traditionally stood to the left of popular opinion in America, but in recent years and particularly during this election cycle, have become “extremely biased”. Ryn accused the media of not fulfilling their mission of critically examining both of the candidates, particularly Joe Biden.

When it comes to Joe Biden, there are very prominent shortcomings that one thinks should have been examined and highlighted. For example, the large-scale economic corruption that Biden has long been accused of, Ryn stressed.

“He has been credibly accused of sexual abuse and he is obviously, I would say, mentally handicapped. But this is not reflected in the news, but instead they talk about the obvious weaknesses of Donald Trump,” Ryn said.

This is not the first time that Claes Ryn has made uncomfortable statements in Swedish media, which tend to lean Democrat and are heavily in favour of Joe Biden in the 2020 election. In 2011, he ventured on Swedish Radio that it did not matter so much who won the presidential race in the United States. This is because the US, especially in its foreign policy, is largely controlled by a kind of non-elected “permanent government”, albeit with “two wings, Republican and Democrat”, he claimed.

“Many presidents are particularly dependent on very strong forces that brought them to power to begin with,” Ryn said, underscoring, for instance, that there was a “very powerful network” that prepared an invasion of Iraq and the Middle East “long before 9/11”.

The late campaign stages by US President hopeful Joe Biden were plagued by corruption accusations following the story broken by the New York Post alleging Biden was engaged in pay-to-play schemes involving his son Hunter. While the story has received extensive coverage in the conservative media, the mainstream media outlets have generally avoided the news, while social media giants such as Twitter and Facebook purposefully attempted to limit its spread.

Nevertheless, Biden appears to be in the lead in the polls, and is currently short only six elector votes in the race for the White House.

By contrast, incumbent US President Donald Trump's campaign announced that it has filed lawsuits to stop ballot counting in Michigan and Georgia and has also taken legal action to change the ballot receipt deadline in Pennsylvania.