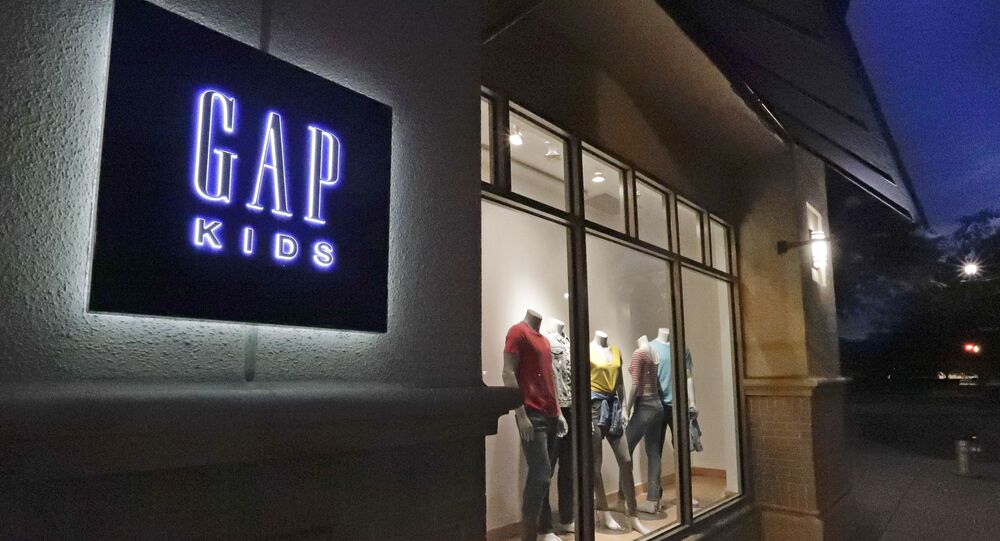 The United States is awaiting the result of the 3 November vote, in one of the most heated elections in American history, as Republican President Donald Trump seeks re-election against Democratic presidential candidate and former US Vice President Joe Biden.

US retail clothing company The GAP on Wednesday deleted a tweet introducing a half-red, half-blue hoodie design after the brand was trolled, as the nation awaits the results of Tuesday’s presidential election.

“The one thing we know, is that together, we can move forward,” the caption the now-deleted company tweet with a hoodie featuring the symbolic colours of the US Republican and Democratic parties.

A great number of Netizens argued that now is not the appropriate time for The Gap to push products.

“Now is really not the time @gap for this corporate Karen bullsh*t,” a user commented. “A coup attempt is not a f**king marketing opportunity to push product.”

Gap has now deleted this tweet. A spokesperson told me that it was not a real hoodie for sale. pic.twitter.com/CDV18Zaz48

Now is really not the time @gap for this corporate Karen bullshit. A coup attempt is not a fucking marketing opportunity to push product. pic.twitter.com/w2KTHu3e97

The brands are at it again https://t.co/gpgYDmGbaw

yay we can just walk sideways depending on the city we’re in https://t.co/W8qyxfb05s

Nobody want that shit lol @gap read the room

a remarkable achievement in reading the room right here https://t.co/p2vYHHA2JK

Later in the day, the retail clothing company deleted the tweet and asserted that the red-blue hoodie was not actually listed for sale, claiming instead that the image was designed for social media “to show the power of unity” amid a heated election environment.

“From the start we have been a brand that bridges the gap between individuals, cultures and generations,” the company said in a statement. “The intention of our social media post, that featured a red and blue hoodie, was to show the power of unity. It was just too soon for this message. We remain optimistic that our country will come together to drive positive change for all.”

On Tuesday, Americans cast their vote for either Republican President Donald Trump or Democratic presidential candidate Joe Biden in the country’s 2020 presidential election. At present, the former vice president has secured 264 of the 270 electoral votes needed to win the election. Trump has gained 214 votes.

The nation is awaiting election results from Nevada, Pennsylvania, North Carolina, Georgia, and Alaska, to decide the outcome. To win the election, Biden needs the 6 electoral votes of Nevada, where he is currently leading by over 8,000 votes, with some 75 percent of the ballots counted.

Trump is leading in the other four states, which could secure him an additional 54 electoral votes, but would not be enough to win. Trump needs to win Nevada’s six votes to overcome the Democratic candidate.