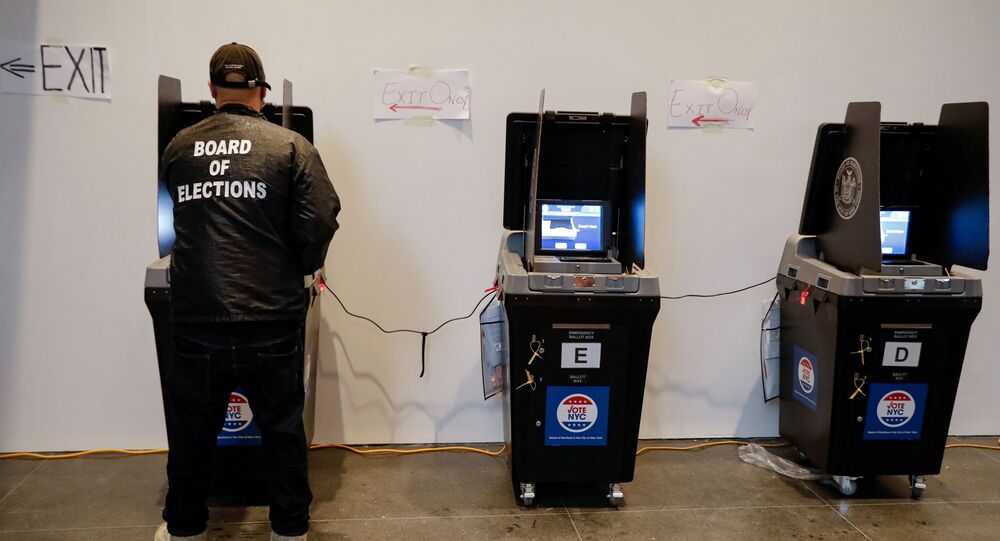 US Cybersecurity and Infrastructure Security Agency (CISA) Director Chris Krebs said Wednesday that his agency has seen almost no signs of interference in the 2020 US presidential election, despite persistent Russiagate rumors.

“Over the last four years, the [CISA] has been a part of a whole-of-nation effort to ensure American voters decide American elections. Importantly, after millions of Americans voted, we have no evidence any foreign adversary was capable of preventing Americans from voting or changing vote tallies,” Krebs announced in a Wednesday news release.

“We are only here because of the hard work of state and local election officials and private sector partners who have focused efforts on enhancing the security and resilience of elections.”

US Cybersecurity & Infrastructure Security Agency Director Chris Krebs says US government has found no evidence any foreign adversary was capable of preventing votes or changing vote tallies in the 2020 elections pic.twitter.com/4ISa5UULFo

“We will remain vigilant for any attempts by foreign actors to target or disrupt the ongoing vote counting and final certification of results. The American people are the last line of defense against foreign influence efforts and we encourage continued patience in the coming days and weeks,” he added.

Krebs’ Wednesday announcement falls in line with his comments issued during a Tuesday morning news conference.

He said that while was “some early indication of system disruption,” he still had “confidence that the vote is secure, the count is secure and the results will be secure," as reported by Government Technology.

These revelations came alongside Washington’s announcement of US Cyber Command (CYBERCOM) and National Security Agency (NSA) cyber ops against Iran.

US Army Gen. Paul Nakasone, the CYBERCOM and NSA chief, expressed to reporters on Tuesday that, with regard to attempted interference, he did not “see the levels that we had seen” in 2018, but he was “very confident in actions” taken against Iran.

Meanwhile, home-grown US election interference via robocalls has been reported in the US states of Michigan and Ohio, as well as in Australia.

According to Krebs’ Tuesday remarks, his agency’s Operations Center - based in the Department of Homeland Security (DHS) headquarters in Arlington, Virginia - will continue monitoring election-related events for the next several weeks.

Earlier Wednesday, US President Donald Trump’s reelection campaign announced it had filed lawsuits aimed at halting ballot counting in Michigan, Pennsylvania and Georgia, which amount to a total of 52 Electoral College votes.

"We have filed suit today in the Michigan Court of Claims to halt counting until meaningful access has been granted," he claimed, as reported by The Hill. "We also demand to review those ballots which were opened and counted while we did not have meaningful access. President Trump is committed to ensuring that all legal votes are counted in Michigan and everywhere else."