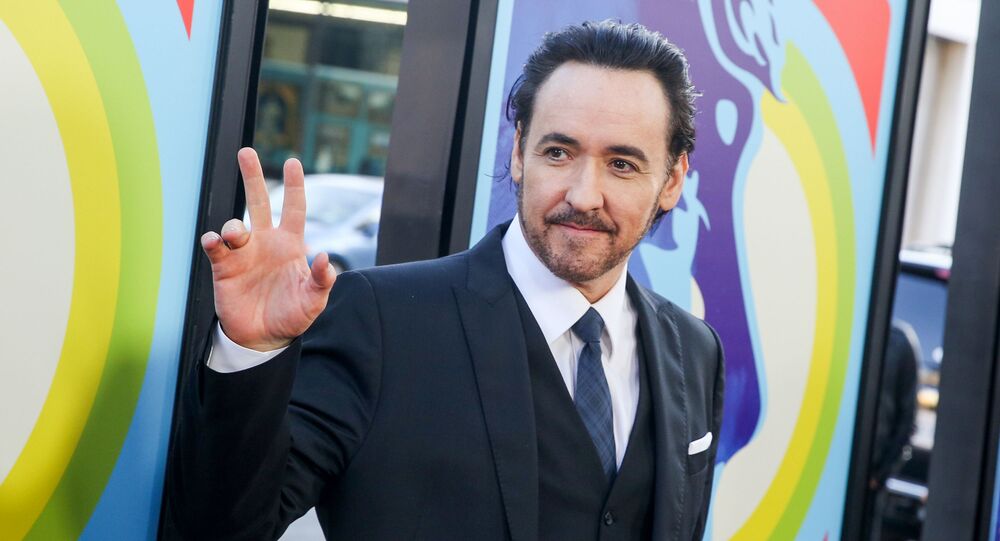 Many in the United States are passionately awaiting the results of Tuesday’s presidential vote between Republican President Donald Trump and Democratic candidate Joe Biden. Currently, the winner remains unknown, with some projecting that the former US vice president will win the ticket to the White House, as there are official results yet.

American actor and activist John Cusack on Tuesday night blasted supporters of US President Donald Trump, claiming that they have cast their voices to a "mentally ill virus-spreading child-abducting Nazi rapist”.

The 54-year-old actor, who initially supported Democratic Senator Bernie Sanders’s presidential bid during the party’s primaries, insisted that Biden will receive the 270 electoral votes needed to win the presidency.

“Think this will be like 2018 where it took a while to see dem gains play out & Biden will get 270 : But fact so many people didn’t just look the other way - but VOTED FOR the mentally ill virus spreading Child abducting Nazi rapist ?” Cusack tweeted Tuesday night. “Hard to find a punchline here - We are ill.”

think this will be like2018 where it took a while to see dem gains play out & Biden will get 270 : But fact so many people didn’t just look the other way - but VOTED FOR the mentally ill virus spreading Child abducting Nazi rapist ?
Hard to find a punchline here -
We are ill

On Wednesday morning, Cusack reacted to Trump’s remarks regarding shutting down the vote count in some states and claiming that Democrats will “disenfranchise” those “millions and millions of people” who voted for him. Cusack slammed the Republican president over “suggesting legally cast ballots are illegal”.

“Trump wants to stop voting only in states where he's ahead with millions of legal votes ready to be declared that heavily favor dems,” the actor and producer replied to one of his followers, who called his attention to Trump’s Wednesday morning press conference.

Like mail in ballots from our soldiers who he called suckers and losers . Bye bye Donnie @joshfoxfilm: This is commonly referred to as an election. https://t.co/aQVR07XdDP”

Trump said in the press conference that his administration would file a lawsuit to the US Supreme Court because “we want all voting to stop” so that no further votes can be counted following Election Day.

“We’ll be going to the US Supreme Court, we want all voting to stop,” Trump said soon after the final polls closed in Alaska. “We don’t want them to find any ballots at 4 o’clock in the morning and add them to the list.”

Later on Wednesday, Trump election campaign manager Bill Stepien announced that the campaign had filed a lawsuit to halt ballot counting in Michigan, one of the battleground states now leaning blue, with 99 percent of the vote counted.

“As votes in Michigan continue to be counted, the presidential race in the state remains extremely tight as we always knew it would be,” Stepien said in a statement, adding that the Trump campaign was denied access to vote counting locations. ​“We have filed suit today in the Michigan Court of Claims to halt counting until meaningful access has been granted.”

“Hitler sort of stole from the avant-garde left. He hated the message of the avant-garde left because it was at-war, coming from WWI, but understood that art was the new… politics was the new art, and art and politics were going to be fused,” the actor said in the interview. “You can see Trump doing the same thing. He’s doing this kind of kitsch futurism. He’s saying ‘I’m going to make America great and the future is going to be returned to the past now it’s a past the never exited, I’m lying, everything I say is a lie,' but, you know.”

As of the present time, Biden is leading in the tight presidential race with 248 electoral votes, according to AP. Trump is trailing behind, with 214 electoral votes.