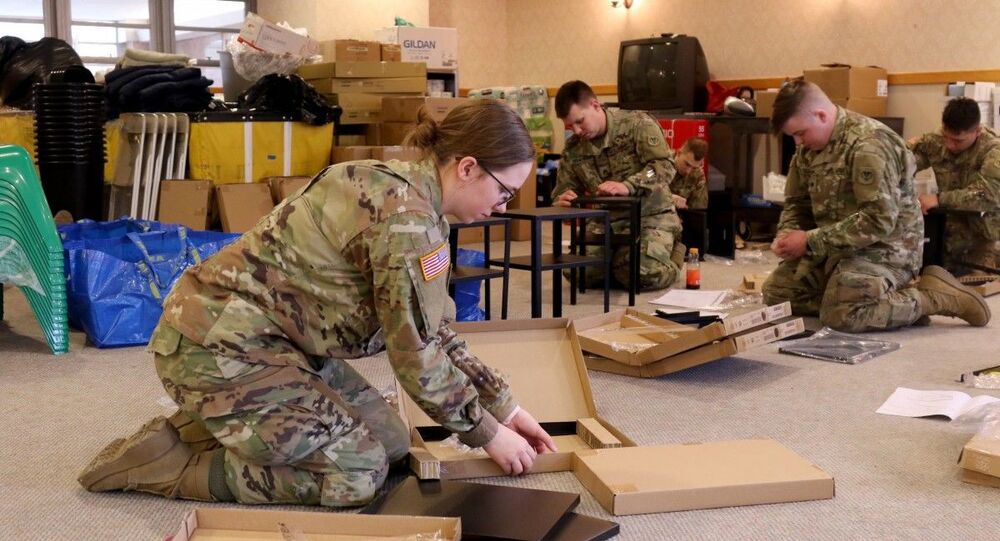 Wisconsin’s Democratic Governor Tony Evers moved to mobilize about 400 National Guard troops to support local election officials late last month, with troops sent to polling places across all 72 of the state’s counties amid a “critical shortage” of poll workers owing to coronavirus-related concerns.

National Guardsmen in Wisconsin have been tasked with manually transferring data from thousands of misprinted absentee ballots across two counties onto clean ballots to allow them to be processed by electronic tabulating machines.

Lori O’Bright, the clerk of Outagamie County, one of the two counties where the misprinted ballots appeared, told CNN Wednesday that roughly 13,500 ballots are thought to be affected, with 20 National Guard troops assisting in the transcriptions. The other county affected is Calumet.

Wisconsin’s State Supreme Court refused to rule on the ballots in question last week, and instead encouraged the counties to use ‘statutorily prescribed methods’ to duplicate the ballots.

O’Bright’s office has released a two-page ‘Frequently Asked Questions’ factsheet, stressing that “every vote will count,” and assuring voters that they “do not have to do anything at this point” for the issue to be resolved.

“Absent a specific declaration from the Supreme Court on how to proceed with counting the misprinted ballots, the Counties recommend municipalities use the statutorily prescribed method of ballot duplication for counting ballots that are unable to be read by electronic tabulating machines. The Counties’ further recommendation is that the deadline for counting non-provisional ballots, which is 4:00 pm the day after the election, be adhered to,” she said.

O’Bright added that hand-counting some ballots and electronically counting others "is not an option” in this instance, and that doing so would be against the rules.

© AP Photo / John Minchillo
National Guard Units Activated in 16 US States Ahead of Possible Post-Election Unrest
President Trump held a narrow lead over his Democratic rival Joe Biden most of Tuesday night and into Wednesday morning before fortunes turned and Biden took the lead. According to Fox News, Biden maintains a lead of about 20,500 votes, with 95 percent of the estimated 3.24 million ballots counted.

Both Outagamie and Calumet counties are Trump country, with the incumbent currently leading Biden 54 to 44 percent in the former and 58.9 to 39.3 percent in the latter, according to Fox News election data.