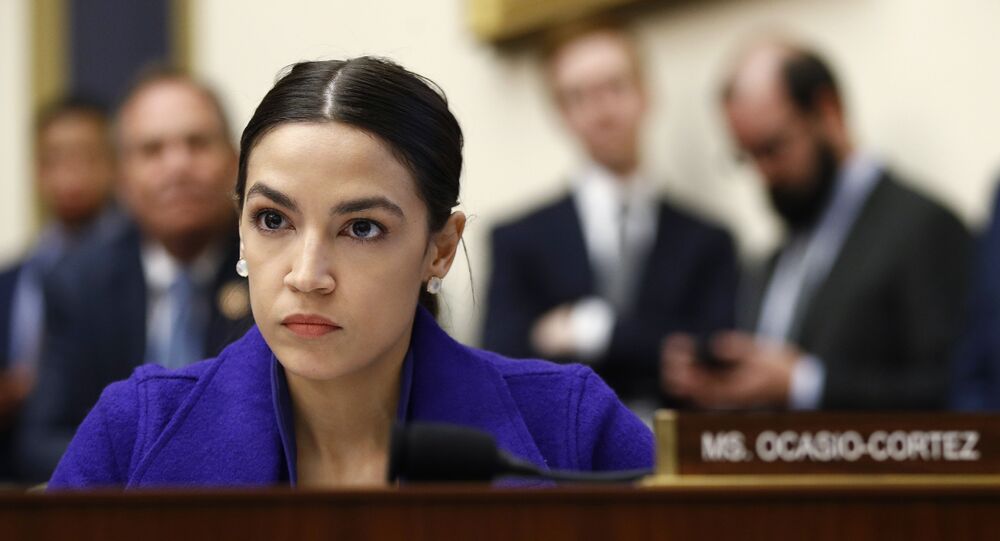 The youngest-ever woman to be elected to the US House of Representatives, Alexandria Ocasio-Cortez, has both ardent fans and strong haters. In Congress, she is famously referred to as a member of the liberal “Squad”.

Democratic Rep. Alexandria Ocasio-Cortez, also known by her initials AOC, has been re-elected by New York’s 14th Congressional District, which she currently represents in the US House, according to preliminary results cited by the Associated Press.

Throughout her re-election campaign, she has raised an outstanding amount of cash, $17 million, according to reports provided to the Federal Election Commission, which is nearly $10 million more than funds raised by her Republican rival.

Some of her critics, however, launched some pricy counter-initiatives, including the “Stop the AOC” campaign, urging Americans to stop a “socialist resurgence infecting Congress” which to many is primarily associated with Ocasio-Cortez and other liberal female politicians from racial and ethnic minority backgrounds known as “The Squad”.

US President Donald Trump is also not a fan of the 31-year-old Representative, harshly criticising her “radical” progressivist agenda.

Not surprisingly, the news of AOC’s re-election was met with entrancement among her young fans, who are calling for the woman to consider running for the presidential seat in the future. Many, however, still remain skeptical towards her role in the Congress amid the waitress-turn-politician strong calls for the Green New Deal and abolishment of US Immigration and Customs Enforcement.

Ashamed of my state!

Ayyeeee the Bronx Queen is still here y'all. Love to see it pic.twitter.com/LxOm5Skhqj

Representative Alexandria Ocasio-Cortez has been re-elected to her seat in the U.S. House of Representatives. She has been a controversial figure among Republicans. This becomes her second elected term. #QUPolCom

And to all her crusty haters... pic.twitter.com/dCLhd9zGB0

During the 2018 general election, Ocasio-Cortez became the youngest ever woman to get her place at the US Congress, defeating longtime Democratic incumbent Joe Crowley, despite not having a prior political experience.