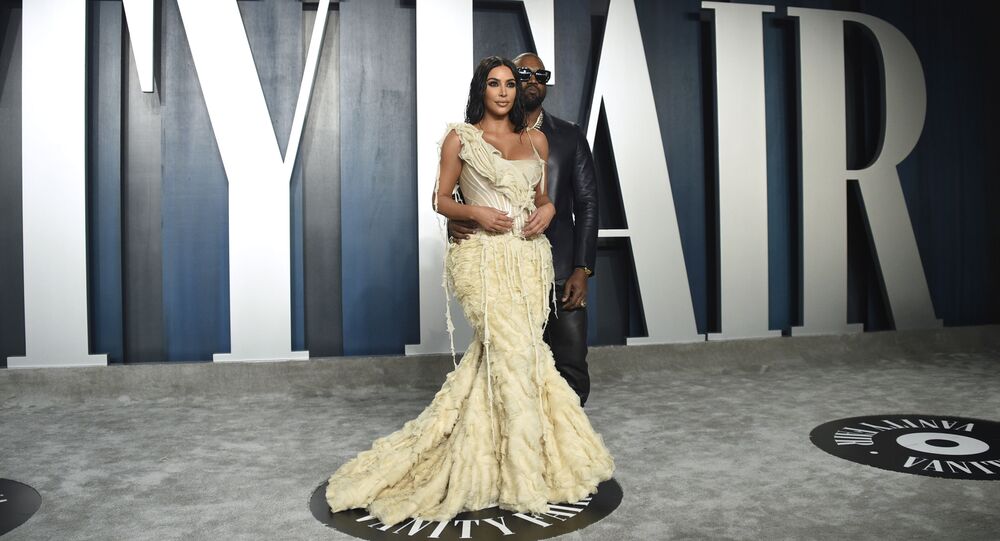 Netizens wondered if Kim actually voted for her husband Kanye West, who surprisingly announced his presidential campaign too late and missed the registration deadline in almost every state.

Kim Kardashian late on Election Day tweeted that she had cast her vote, triggering questions among users as to who she voted for.

As Election Day comes to an end and voting stations close across the country, Kardashian called on Americans to stay in line as the only way to not to miss their opportunity to cast ballots after the hours of operation are over.

She also attached a black-and-white picture of her kissing the badge that reads 'I Voted".

If you are in line when the hours of operation close at the polls, they are required to stay open and allow you to vote, so do not get out of line. pic.twitter.com/QXsU4JPdCw

​Users rushed to post comments, wondering if Kardashian voted for her husband Kanye West to become the American president and urging her to disclose her choice.

come on tell us who lol

I wonder if she wrote Kanye's name in 😂

Some users suggesting that in the original picture, which allegedly was deleted, Kardashian was wearing a red dress, hinting that she voted for Trump. If she deleted the picture, Kardashian apparently thought the colour of her dress would mislead voters about her choice.

not u reposing we all know it was a red dress

​Other netizens expressed hope that she did not cast a vote for her husband, implying that it is next to impossible he could win an election given that he is nowhere near Biden and Trump, so Kardashian's vote would be in vain.

I hope you didn’t waste your vote on your husband.

There were also hopes that she voted for the Democratic presidential candidate Joe Biden.

Earlier in the day, Kanye West tweeted as he cast his vote. The rapper attached a video showing he voted for himself, in which his name and the name of his vice presidential candidate - Michelle Tidball - are seen written on his ballot.

West announced his presidential bid in June, although earlier he openly supported Trump. Since he missed most registration deadlines, the rapper called on his fans to write in his name when voting so that he could gain votes without being on the ballot.