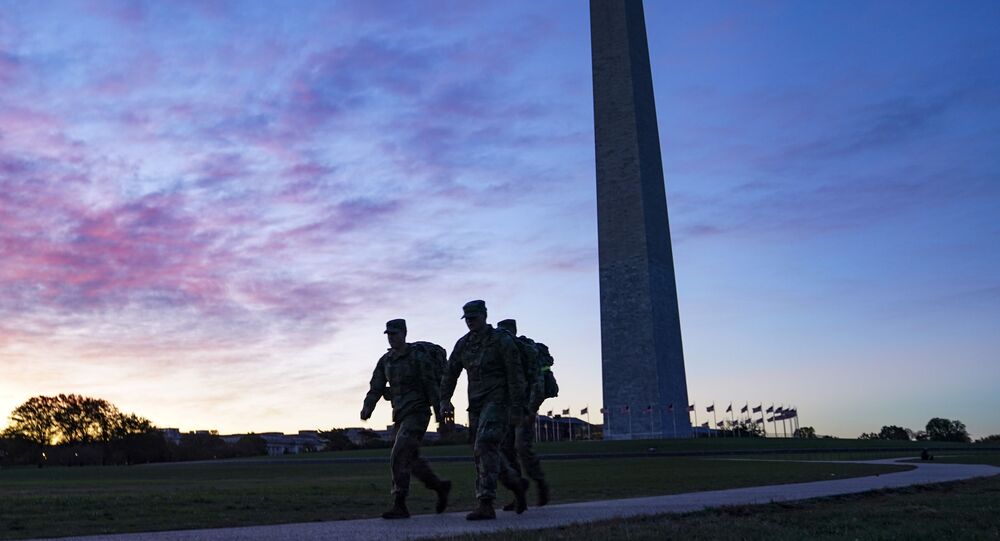 In more than a dozen US states, governors have activated some of their National Guard units in case of large-scale civil unrest in the aftermath of the Tuesday presidential election.

According to a rolling count by the Military Times, more than 3,600 national guardsmen across the US have been activated in conjunction with the US elections on Tuesday, with duties ranging from cybersecurity to preparing to put down unrest if the situation warrants it.

In Alabama, Arizona, Colorado, Delaware, Florida, Illinois, Kentucky, Massachusetts, New Jersey, Oregon, Pennsylvania, Tennessee, Texas, Washington state, Wisconsin and Wyoming, guardsmen have been activated, and they stand ready to be activated in many other places, including Washington, DC.

"We are not on any standby status; however, we continue to stand ready should a request [be] approved," Capt. Tinashe Machona, a spokesperson for the DC Guard, told Military.com on Tuesday. The entire 1,800-person guard was previously activated in June alongside thousands of federal guardsmen sent by US President Donald Trump to crush militant protests against police violence and white supremacy in the nation’s capital.

The White House, too, is preparing for violence by re-erecting a “non-scalable” fence around the grounds of the entire presidential mansion like that put up in June.

In some states, the guardsmen are in plain clothes and stationed at polling stations to fill gaps in election workers caused by the COVID-19 pandemic; in others, they are performing cybersecurity functions. However, in Pennsylvania, the guard had already been activated to deal with mass protests in Philadelphia touched off last week by the police killing of Walter Wallace, a 27-year-old mentally ill Black man who was shot by city police when he reportedly approached them with a knife.

However, some of the mobilizations were admittedly made purely for precaution’s sake.

“At this time we are aware of no specific or credible threats to election sites in Massachusetts,” Massachusetts State Police Col. Christopher Mason said in a Monday news release announcing Governor Charlie Baker’s readying of 1,000 state guardsmen to be called up.

“We continue to monitor all available intelligence and will maintain an enhanced operational posture for Election Day and beyond, and will be prepared to assist in any situations that arise in order to protect public safety and the rights of all our citizens,” Mason added.

Oregon Governor Kate Brown declared a two-day state of emergency on Monday, creating a unified command of state troopers, sheriff’s deputies and city police in the state’s largest city of Portland, and putting the state National Guard on a 48-hour standby.

"Violence is never the answer," she said at a Monday news conference. "Voter intimidation and political violence will not be tolerated. Not from the left, not from the right, not from the center."