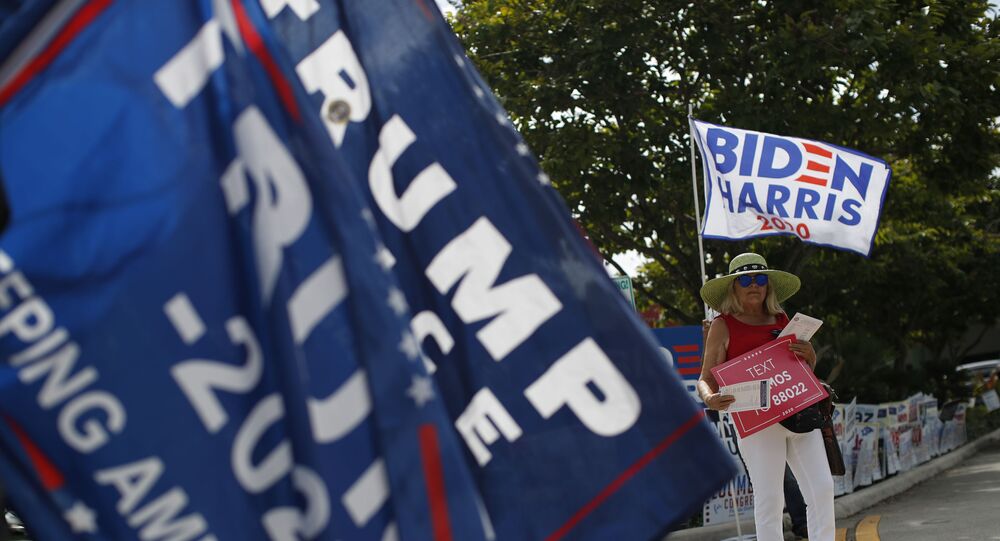 Earlier, CNN had cited the Broward County Election Commission in reporting that Florida election officials and law enforcement officials have disclosed an attempt to register about 50 deceased voters to vote in the US presidential election.

The elections board received an absentee ballot from a Frances Reckhow of Staten Island, but as it turned out Frances Reckhow had died in 2012, according to an obituary filed with The Staten Advance.

Moreover, another absentee ballot was mailed from a Gertrude Nizzere, born in 1919, who also turned out to be dead, according to the Board of Elections.

After the incident, all data has been transferred to the police and Staten Island District Attorney Michael McMahon’s office for investigation.

More than 96 million early votes have been cast, which represents almost 70% of the 2016 total, according to the US Elections Project.

Nearly 60 million of the early votes have been cast by mail – about twice the total number of ballots mailed four years ago. Many local governments are ill-equipped to process the mail-in deluge in a timely manner, including at least one state that could prove decisive.

Democratic presidential challenger Joe Biden is ahead in several critical swing states, yet President Donald Trump has narrowed his deficit in the polls considerably over the past several days alone.