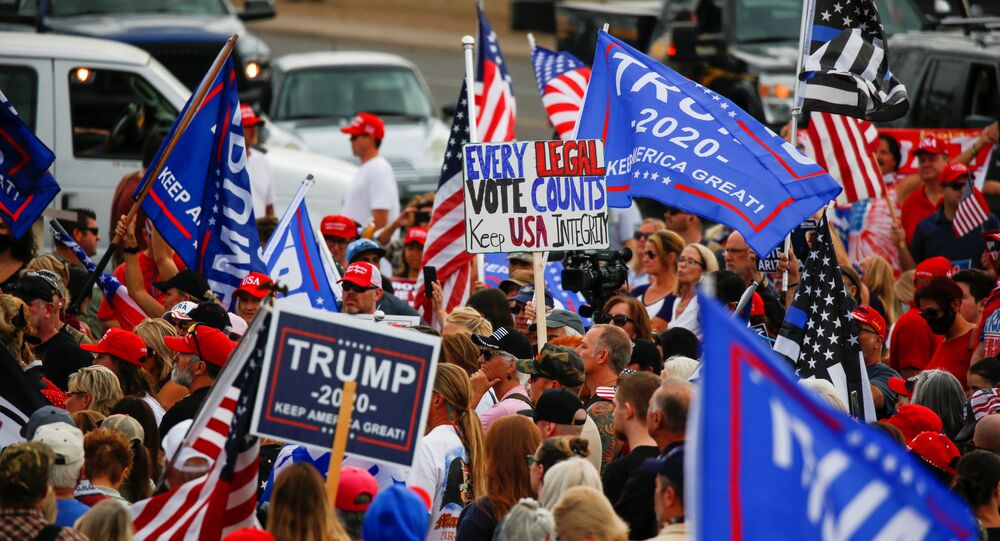 On 3 November, US voters headed to the polls to vote in the 2020 presidential and congressional elections, but uncertainty remains over when the results will be known, given the record influx of mail-in ballots.

US President Donald Trump and Democratic presidential nominee Joe Biden are neck and neck as the race for the presidential election comes down to the wire with four battleground states close to finishing their vote counts.

Hours after polling places closed on 3 November, both President Donald Trump and Democratic candidate Joe Biden claimed that they were on the path to winning.

As votes are still being counted, some states have said that they will only have some votes counted later this week.

The Trump campaign has alleged for months that fraud may result from the mail-in ballot process, as a last-minute count delivered a narrow win to the president’s rival in Michigan. On Wednesday, the campaign filed lawsuits in the key toss-up states of Michigan, Georgia and Pennsylvania in order to stop the counting of ballots.