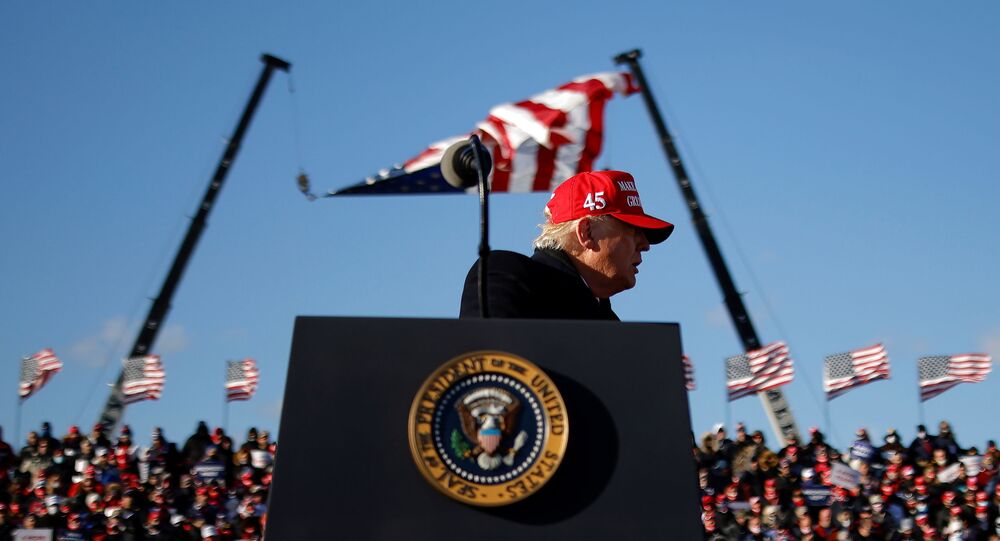 US President Donald Trump took a swipe at Los Angeles Lakers basketball superstar LeBron James during his rally in Pennsylvania on Monday, hours before Election Day.

Trump claimed that “nobody wants to watch” the basketball player’s games because he doesn't respect the country nor its flag, in reference to the practice of taking a knee during the national anthem at NBA games that is commonly equated with protests against cases of police brutality and racial injustice.

Trump argued that "you got to really be great to our flag and to our anthem, and if you don’t do that, we’re not watching.” Following the president’s comments, rally-goers began chanting “LeBron James sucks”.

“You gotta stand for our flag. You gotta really be great to our flag and do our anthem. And if you don't do that, we don’t want you,” Trump stated; the crowd responded by condemning the NBA superstar, who led the Los Angeles Lakers to their 17th championship in mid-October. “What a crowd”.

Although James has not officially endorsed neither Trump nor his Democratic rival, former Vice President Joe Biden, the Los Angeles Lakers forward has been a harsh critic of the Republican president, whom he once called a “bum”.

However, the NBA legend attempted to encourage voters to participate in this year’s election through his organisation 'More Than a Vote'. He also was among celebrities who donated to the Florida Rights Restoration Coalition to supports its efforts to restore the voting rights of almost 13,000 felons, according to The Hill.

I Have Faith in Young Americans – Trump is Toast