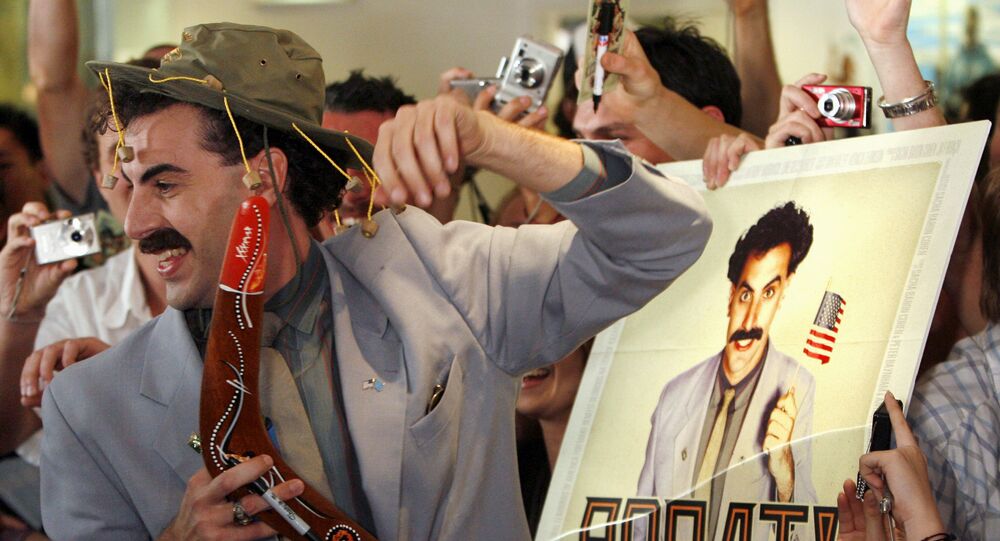 In a few hours, Americans will cast their votes in the country’s 2020 presidential election, choosing between incumbent Republican President Donald Trump and the Democratic candidate and former vice president, Joe Biden. Accordingly, the Borat character, played by comedian Sacha Baron Cohen, tells US women why they should not vote.

Borat Sagdiyev, a satirical fictional character played by British actor and comedian Sacha Baron Cohen, on Monday delivered a message to American women voters, calling on them not to cast their voices on tomorrow’s presidential election.

In a video message released on Monday on his official Twitter account, the film character quipped that women should not vote because, “if you do, then glorious premier Trump will lose”.

“This is an important message. Womens [sic], do not vote tomorrow!” the fictional Kazakh journalist, Borat, stated. “We hear if you do, then glorious premier Trump will lose.”

Borat explains his message, detailing that his reasoning behind the plea is that women “are attracted by dangerous ideas like honesty, fairness, and consent”.

“This is because, like moths into a fire, you ladies are attracted by dangerous ideas like honesty, fairness, and consent,” the satirical character said. “Do not believe Democrat lies that premier Trump do not like womens [sic]. He really like them. Twenty six accusers cannot all be lying. He value [sic] ladies very much: up to $180,000, if they’re really pretty.”

Borat insisted that if Trump is re-elected, American women could receive a similar amount of money in accordance with the “Trump’s trickle down economy”.

“Premier Trump very pro womens [sic]. As he’s made clear, your body, his choice,” Borat said in the 69-second clip.

Concluding his pre-election message, Borat stated that Tuesday’s vote is “the most important election of our lifetime”, calling on women to leave that important choice to the men.

“Womens [sic] in US&A, this is the most important election of our lifetime. So leave it to the man,” he said.

Cohen’s Borat film character has gathered a lot of attention over the past few weeks ahead of the US general election, after his new ‘Borat Subsequent Moviefilm’ featured controversial clips of Rudy Giuliani, Trump’s personal lawyer, appearing to act salaciously in front of a fictional female journalist. He also got slammed by the president following the release of the new Borat movie, which sees individuals close to the White House portrayed in embarrassing situations.

Celebrities are primarily throwing their voices in favour of the Democratic candidate in the upcoming US presidential election, as the Election Day is set to take place on Tuesday, 3 November.

Video: Blow-Up Borat Sails Back Onto the Screen in Toronto and London