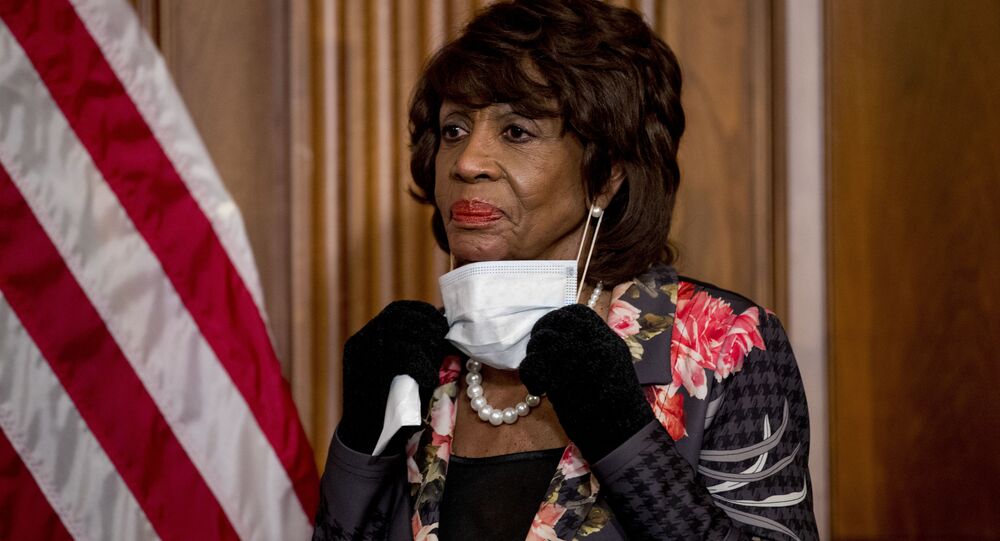 During his election speech in Michigan last week, President Donald Trump targeted African-American voters, basing his appeal on the economic gains experienced by Blacks during the economic expansion prior to the coronavirus pandemic, which drove the unemployment rate for African-Americans to historic lows.

Democratic California Rep. Maxine Waters has, as quoted by The Daily Caller, called the idea that young black voters might consider casting a ballot for President Donald Trump "shameful".

During an interview with SiriusXM host Joe Madison, she said that "it just hurts" her to see Black people talking about supporting Trump.

“The divisiveness that this deplorable human being has caused, the confrontation, the dog-whistling to the right-wing, the white supremacists, the KKK, and they are coming alive. They are emboldened because they have a leader”, she said.

© REUTERS / JONATHAN ERNST
Trump Campaign in 'Better Shape Now' in Swing States Than 4 Years Ago, Senior Adviser Says
The Democratic politician continued on by slamming Donald Trump as "a racist" who "has no respect for us [Black people]" and "not doing anything for us".

She ended her speech by stating that a Black vote for President Trump was "unconscionable" and "shameful", adding that those who are considering voting for Trump should spend some time trying to understand how others might be struggling.

With the Election Day around the corner, a Guardian poll tracker on Sunday showed that President Donald Trump is leading Joe Biden in Ohio and Iowa, while the Democratic challenger is ahead in six other swing states.