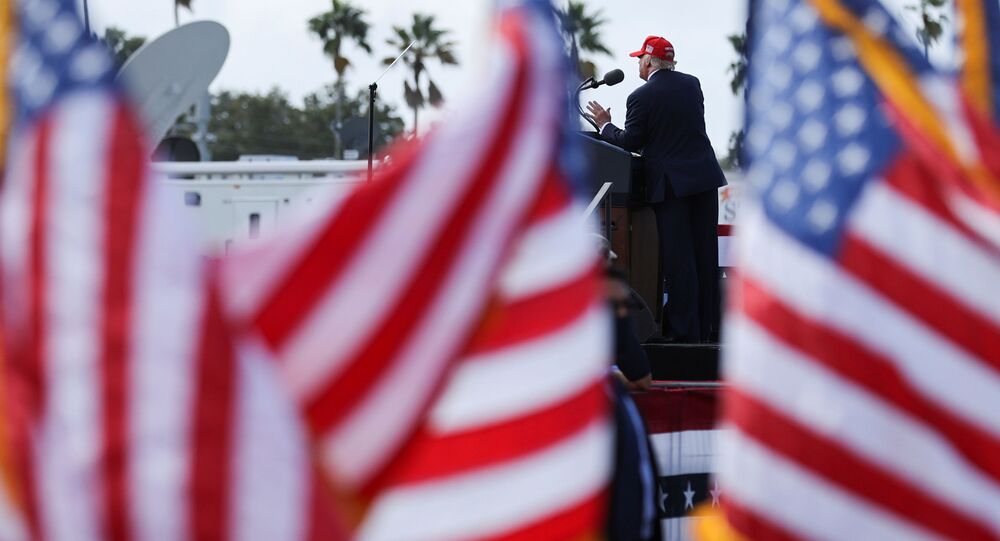 With time already winding down until US Election Day, speculation about who will win the race is on the rise, especially given that some polls show President Trump trailing Democratic challenger Joe Biden by just a few points in several key swing states, while others indicate POTUS leading in Florida and Ohio.

Trump 2020 campaign senior adviser Corey Lewandowski told Fox News on Sunday that the mainstream media playing down the possibility of POTUS being re-elected can be compared to the situation ahead of the November 2016 presidential elections.

"It's so similar", Lewandowski said referring to the media skepticism in the run-up to the 2016 Trump election victory.

He predicted that 3 November will see the US president being re-elected, adding, "don't let the left and media convince you that this race is over, because the only way that this race is over is after you vote on Election Day and Donald Trump goes back to the White House for four more years".

He assured that as far as key battleground states are concerned, the Trump campaign is in "better shape right now than we were four years ago in North Carolina, Florida, and Michigan".

Lewandowski insisted that "the only way" for Trump to secure re-election is "to make sure that every Republican and independent goes out and votes" on Tuesday.

"We can win this election but we have to show up Tuesday and vote", he pointed out.

The remarks came shortly after the adviser said in a separate interview with Fox News that said he expects Trump to prevail over Democratic nominee Joe Biden in the six swing states swept by POTUS in a razor-thin margin in the 2016 election.

"I think this election is going to be won on Election Night with Donald Trump carrying Florida and North Carolina, and Ohio and Michigan and Pennsylvania and Wisconsin. And if that's the case, there will be no need to continue to count because there will be a resounding victory", Lewandowski concluded.

On 8 November 2016, then-Democratic nominee Hillary Clinton, won the popular vote by a substantial margin - 65.8 million to Donald Trump's 62.9 million - but it was the Republican who entered the White House, with 304 electoral college votes to Clinton's 227.