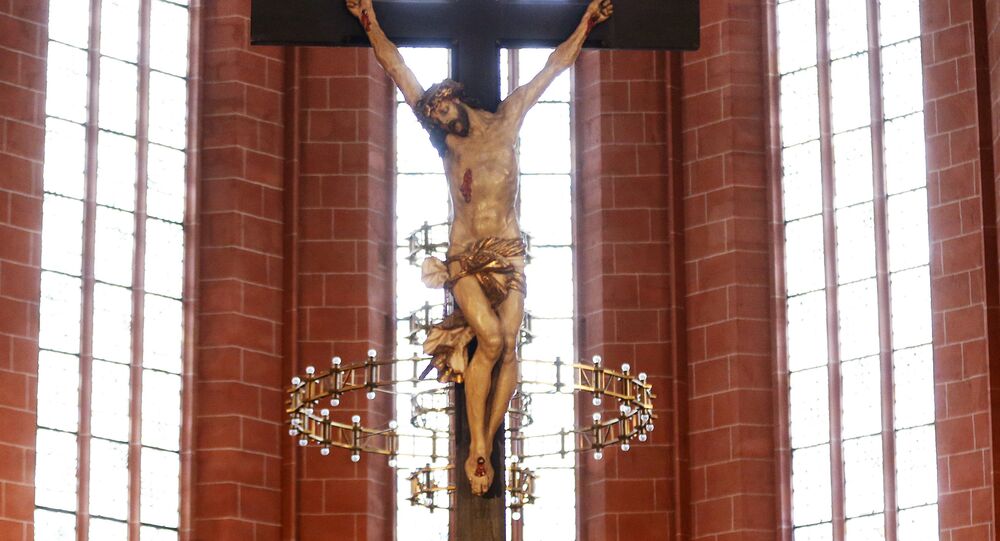 Many people have heard of exorcism rituals from thrillers about people being possessed by demons, starting with 1973's The Exorcist, which became a classic example of supernatural horror. In reality, however, exorcisms are becoming more and more common across the US, and they're also changing their form.

Two Catholic officials, San Francisco Archbishop Salvatore Cordileone and Archbishop of Portland Alexander Sample, performed the rite of exorcism at mass outdoor ceremonies last month, in a bid to drive out any evil spirits from the communities, after violent protests across the country.

"We pray that God might purify this place of evil spirits, that he might purify the hearts of those who perpetrated this blasphemy", Cordileone said, stading outside a Catholic church in San Rafael, where protesters had earlier toppled a statue of Father Junipero Serra - an 18th-century Spanish missionary, who brought the light of the Catholic faith to what is now the western US.

Such exorcism rites, aimed at entire communities, have no precedence in modern US history, according to scholars.

However, in neighbouring Mexico some high-ranking Catholic priests performed an exorcism in 2015 trying to cleanse demons nationwide, saying they were responding to high levels of violence, abortions, and criminal activity.