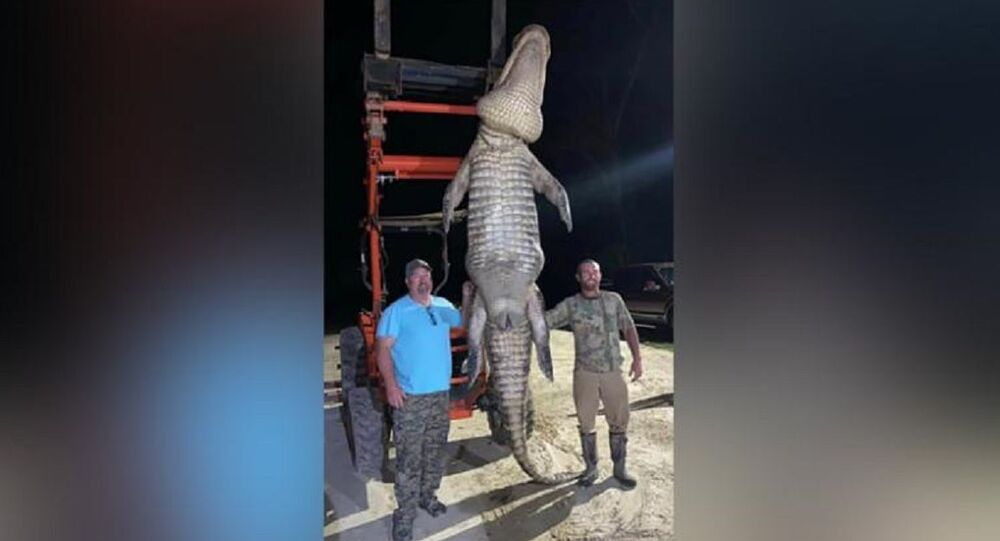 The heaviest gator ever caught in Florida was a 13-foot, 1,043-pound male from Orange Lake in Alachua County. Corey Capps' catch weighs a whopping 1,008 pounds, and the former plans to mount the creature's front legs and head in his home as trophies.

A local fisherman, Corey Capps, has managed to catch a massive alligator in Florida. The man and a friend hauled in the enormous creature after a three-hour ordeal in the city of Blountstown.

Capps told CNN he had been eyeing the hunt for the past three years and he had seen the gator stalk him during his fishing trips for months.

#CoreyCapps from #Florida has ensured that a massive bull #alligator will no longer add his #DNA to the #species.

Because if you live in the #USA and have a #micropenis problem, the only way to boost your #selfesteem is to go out and kill something bigger than you.

On 13 October, Capps along with his friend Rodney Smith decided to go out on the hunt. The pair luckily found the reptile in the same place they had spotted him a day earlier.

The duo caught the massive reptile in a 12-foot boat, only realising just how big it was while struggling to get it into their relatively tiny craft.

He said it's the biggest he's ever seen and its head was 16 inches in diameter.

Capps later sold the gator to a processing business in Tallahassee, keeping the front legs and head as trophies to decorate his home.

Flushing Drugs Down The Toilet Could Create 'Meth-Gators’, Police Warn