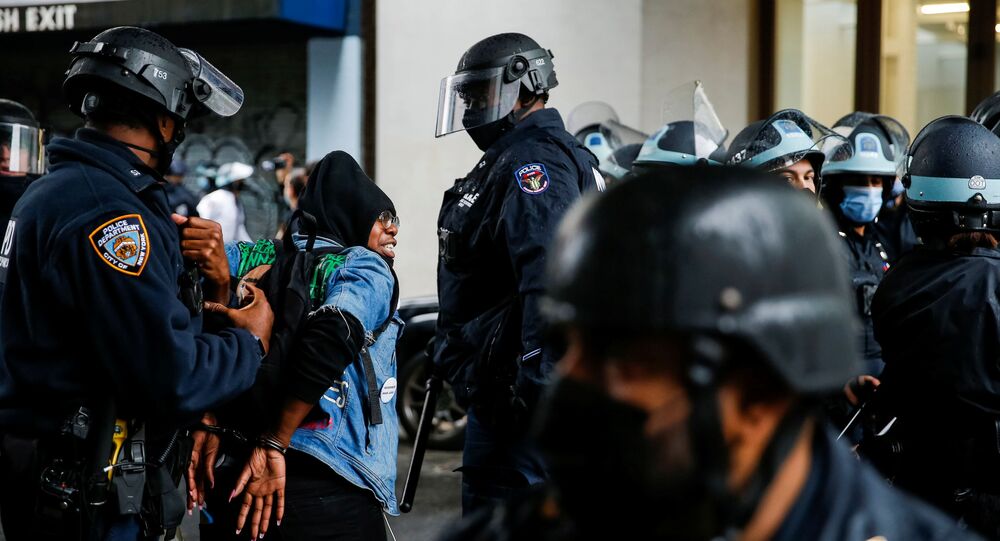 According to media reports, counter-protesters gathered at Madison Square Park intending to confront pro-Trump caravans, though the latter decided not to demonstrate in Manhattan today.

NYPD has conducted at least 10 arrests during Sunday's anti-Trump protest in Manhattan.

Earlier media reports said that journalists were among those arrested, which the police have denied, saying that all arrested individuals were not "NYPD credentialed members of the press".

It is being reported on social media that earlier today members of the press were arrested during a protest in Manhattan.

These reports are false.

All arrested individuals from today's protests have been verified to not be NYPD credentialed members of the press.” pic.twitter.com/Xbxhk1FK79

Videos spread on social media show police trying to push counter-protesters to the sidewalk, which resulted in clashes. The activists resisted the arrests and were pushing back the officers, some of them using umbrellas and other objects at hand.

The crowd of about 300 protesters is aggravated by the arrest of a journalist. Police shout "hold the line" and NYPD and protesters push against each other. More arrests underway. pic.twitter.com/oCKLWqkLUq

One activist was heard screaming, "I hope all your children get raped and killed", though it is not clear whom she was addressing.

NYC: “I hope ALL of your children get raped and killed”

​The clashes occurred at West 24th Street and 10th Avenue, as anti-Trump activists were reportedly anticipating MAGA supporters to show up.