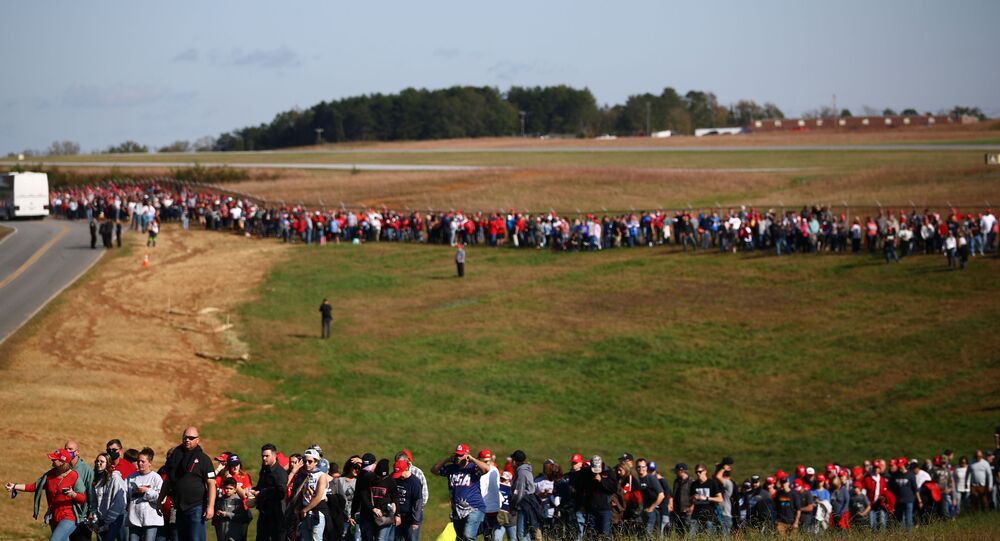 On Sunday, the president is giving five campaign speeches in five battleground states - Iowa, Michigan, Georgia, North Carolina and Florida, as less than two days are left before the election on Tuesday.

Trump supporters made huge lines hours prior to the president's rally in Hickory, North Carolina, local media reported on Sunday.

According to a reporter, citing the state's GOP chairman, there was a line at least two miles long to enter the rally, and more than 30,000 people could be at the event, potentially surpassing the number of supporters at Trump's recent rally in Gastonia.

Massive lines are forming ahead of Trump's speech at Hickory Regional Airport in Hickory, NC. pic.twitter.com/HRKl0SO4SE

Line of supporters for President Trump’s Hickory, NC rally is something to behold: pic.twitter.com/5pCjcd6CDb

​According to RealClearPolitics, Democratic candidate Joe Biden is leading President Trump by 0.3 percentage points (47.7 to 47.3) in North Carolina. In 2016, Trump won the state, gaining 49.8 percent compared to Hillary Clinton's 46.2 percent.