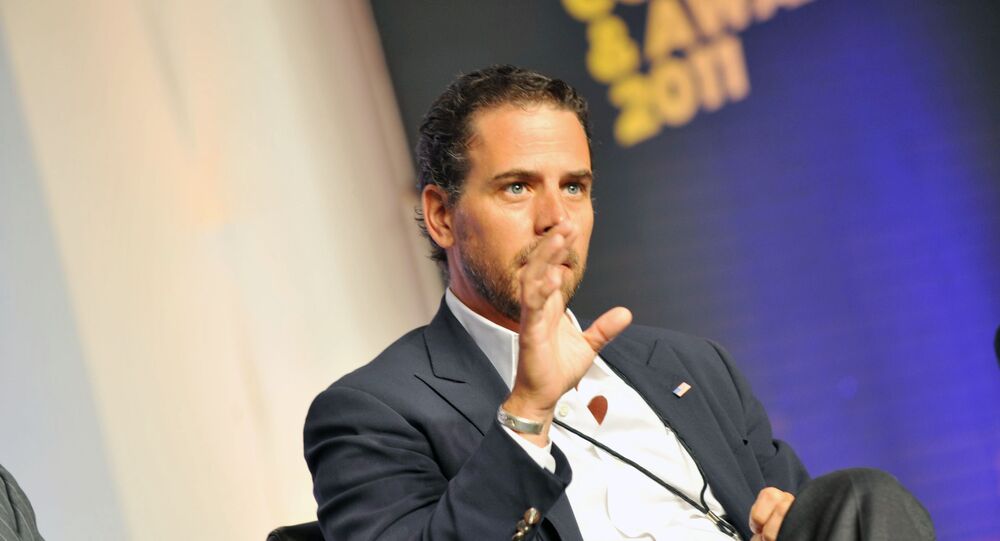 An article was published in mid-October alleging that e-mails retrieved from another laptop belonging to Hunter Biden showed his correspondence with foreign officials, which included organising meetings with then vice president Joe Biden, Hunter's father.

The DEA agents were searching through the office of psychiatrist Dr Keith Ablow in Massachusetts, who was accused of sexual misconduct, when they reportedly found Hunter's computer. It was then returned to his lawyer, though it is not clear why it turned up in the doctor's office.

On 15 October, the New York Post published an article containing two emails that Vadym Pozharskyi, a top official at Ukrainian energy company Burisma, allegedly sent to Hunter. According to NY Post, one of the emails thanks him for organising a meeting with his father, while in the second email Pozharskyi asks Hunter how he could use his influence to support Burisma.

President Trump has repeatedly slammed the media for not covering the alleged corrupt dealings of Hunter Biden in Ukraine, since the story about possible misconduct on the latter's part was ignored by the mainstream media, apart from Fox News, and temporarily blocked from sharing on Twitter.

Why isn’t Biden corruption trending number one on Twitter? Biggest world story, and nowhere to be found. There is no”trend”, only negative stories that Twitter wants to put up. Disgraceful! Section 230