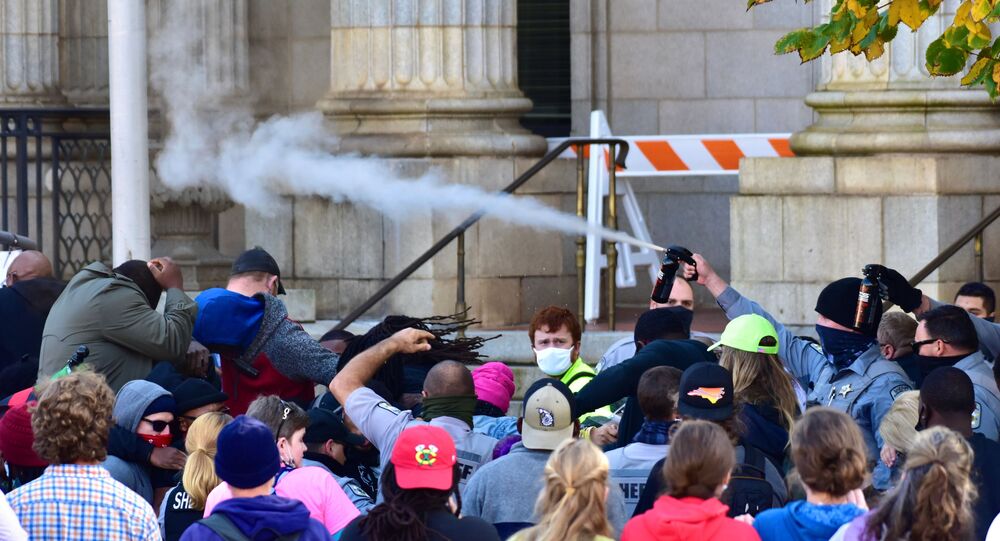 WASHINGTON (Sputnik) - Police used pepper spray on several participants in the "I Am Change" rally to encourage citizens to participate in the upcoming voting in Graham, North Carolina, local media report.

The rally was held on Saturday, the last day to vote early in the key battleground state. About 200 people participated, according to the Raleigh News & Observer.

Alamance County sheriff's deputies began dismantling a sound system and telling the crowd of demonstrators to disperse as people were giving speeches.

The event began with a march from Wayman’s Chapel AME Church to Court Square, where a Confederate monument stands in front of the courthouse. Here’s a clip of the march led by Rev. Greg Drumwright, an Alamance County native who has been involved in the BLM movement nationally. 2/ pic.twitter.com/vvtDH8G7r4

Several arrests were reportedly made outside Alamance County's courthouse as police tried to disperse the protesters and police used pepper spray on some people.

US President Donald Trump's challenger, Democratic presidential nominee Joe Biden, narrowly leads in North Carolina by 0.7 percent, according to the most recent polls.