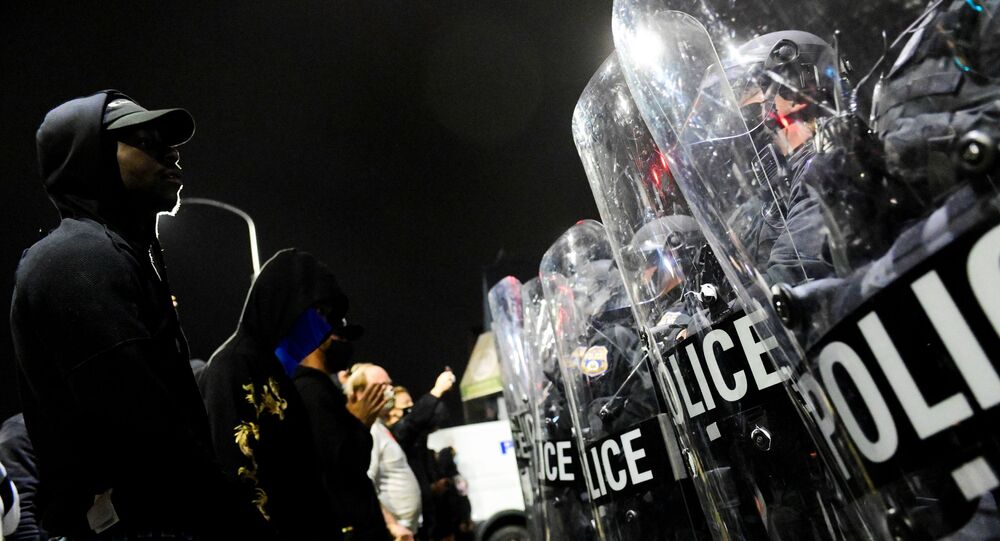 Walter Wallace Jr., a 27-year-old African American man was killed on Monday when police responded to a call about an armed person in West Philadelphia. He was shot several times after reportedly refusing to put down his knife. According to the man's family, he had an episode, as Wallace suffered from bipolar disorder.

Sputnik is live from Philadelphia, Pennsylvania, as protesters hit the street over the killing of Walter Wallace by police officers.

Mass riots broke out in Philadelphia on 26 October after police officers fatally shot Wallace, a black man said to have been armed with a knife. The man was approaching the officers despite being ordered to stop and drop his weapon.

Footage of the incident was later published on the internet and caused violent riots in the city over the week, with some protesters vandalising and looting stores, and clashing with police.

Several hundred members of the Pennsylvania National Guard have been deployed to Philadelphia to help local police quell the civil unrest.