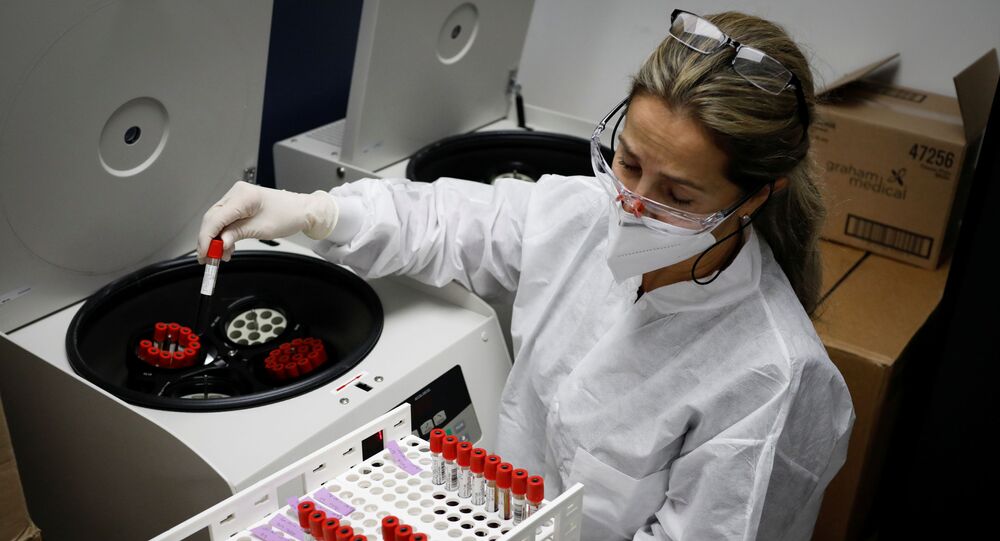 The last GOP attempt to pass a broader $500 billion relief package failed to make it through the Senate, where the Democrats voted it down. They refused to support it despite previously calling for the passing of a new relief bill to aid the economy and American citizens affected by the pandemic.

A group of Republicans in the US House of Representatives is planning to introduce a new $47 billion coronavirus response bill on 30 October, The Daily Caller reported, citing the obtained document and House GOP Minority Leader Kevin McCarthy, who co-sponsored it. The bill, titled the Commitment to Defeat the Virus and Keep America Healthy Act, will reportedly be presented by North Carolina Republican Richard Hudson, who said its main goal is to "pass targeted solutions to combat COVID-19".

The piece of legislation purportedly seeks to allocate $31 billion to a variety of urgent needs, including COVID-19 vaccines, medicines, diagnostics, and improving telehealth services in the US for those at greater risk of experiencing complications from the coronavirus. Apart from this, $16 billion more would be spent on COVID-19 testing and contact tracing programmes, the bill reportedly said.

The yet-to-be introduced 400-page bill will reportedly aim to provide additional funding for the development and distribution of vaccines and therapeutics for the coronavirus, and to further boost the Operation Warp Speed programme, which is designed for this purpose. In addition, the proposed legislation will purportedly deal with COVID-19 health disparities and the impact of the disease on people suffering from mental health and substance use disorders.

Some of the measures included in the Commitment to Defeat the Virus Act were devised to not only combat the coronavirus, but to prepare the US for similar pandemics in the future, Republican Richard Hudson said. The document reportedly contains provisions for modernising the government's medical stockpiles, incentivising the domestic production of medicines and medical devices, such as ventilators, which were in short supply at the start of the pandemic, and for expanding the Health Savings Accounts – tax-advantaged accounts used by US citizens enrolled in high-deductible health plans.

The reported bill appears to come as a final GOP attempt at passing some coronavirus response efforts mere days before the 3 November Election Day after failing to pass a broader $500 billion relief package through the Senate, which included a Paycheck Protection Programme, unemployment benefits, and other relief for people and businesses affected by the pandemic. The package was voted down by the Democrats, who demanded that it include additional provisions, such as aid for migrants, and would thus have cost more than the Republicans were willing to spend on relief efforts.

The GOP and the Democrats have been negotiating the terms of a bipartisan relief package for months without success. US President Donald Trump suggested passing the measures via a row of separate bills, but the idea was not supported by the Democrats. POTUS condemned their position, specifically targeting Nancy Pelosi, the House speaker and main Democratic negotiator for the package's contents, for refusing to pass a bill containing much-needed payments for American families affected by the pandemic.