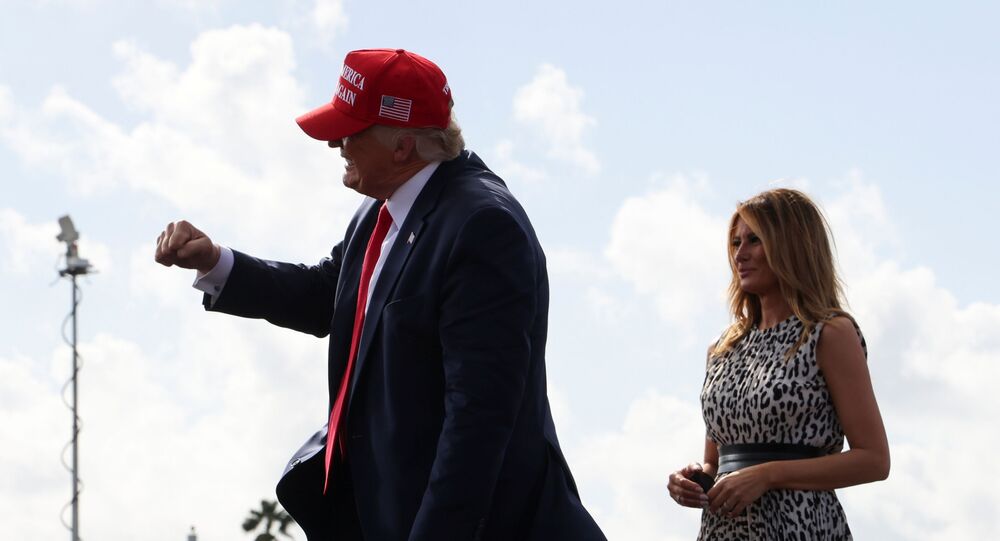 Trump Accuses US Allies of Treating America ‘Worse Than the Enemy’

In June, POTUS announced his decision to reduce American troops in Germany almost by half, explaining the move by the US ally’s consistent unwillingness to contribute more to NATO’s defence budget.

Speaking at a campaign rally in Tampa, Florida on Thursday, President Donald Trump, in particular, reproached US allies for their attitude toward America, which currently continues to bear the brunt of NATO’s defence spending.

“You know in many ways our allies treat us worse than the enemy. […] Our allies, what they have done to us in terms of military protection and trade is disgraceful”, POTUS said without elaborating.

He then went further by claiming that when the US allies “come out and say they like [former US President] Barack Hussein Obama much more than they like Trump, that means I’m doing my job”.

POTUS argued that it was Germany which had said “the other day that they like Barack Hussein Obama, and they should because Germany is very delinquent in their NATO payments”.

“They’re at half a level, and they are very rich, they could do whatever they want, it’s not like they don’t have the money. And I called them out and said if you don’t pay I’m going to start taking our troops out”, the US president added. Neither the Trump campaign nor the White House has commented on POTUS’ remarks yet.

POTUS Moves to Slash US Forces in Germany

Trump was apparently referring to developments in June, when he announced his intent to remove nearly 10,000 US troops from Germany, noting that Berlin was only paying 1.4% of its gross domestic product toward NATO defence, while the nonbinding alliance standard is 2% of a member state’s GDP.

“So we’re protecting Germany, and they’re delinquent. That doesn’t make sense. So I said, we’re going to bring down the count to 25,000 [American soldiers]”, Trump said at the time.

© REUTERS / POOL New
US Lawmakers Say Reducing Troops in Germany Undermines Alliances, European Security
He also insisted that Germany treats the US "very badly on trade”, in an apparent nod to Berlin's refusal to end its joint gas pipeline project with Moscow, Nord Stream 2, which is expected to transport up to 55 billion cubic metres of gas per year from Russia to Germany when completed.

Last year, Trump scolded Berlin for failing to pay its "fair share", adding that although he has "a great feeling for Germany, […] they're not paying what they should be paying" and that it is the US which is paying for "a big proportion of NATO".