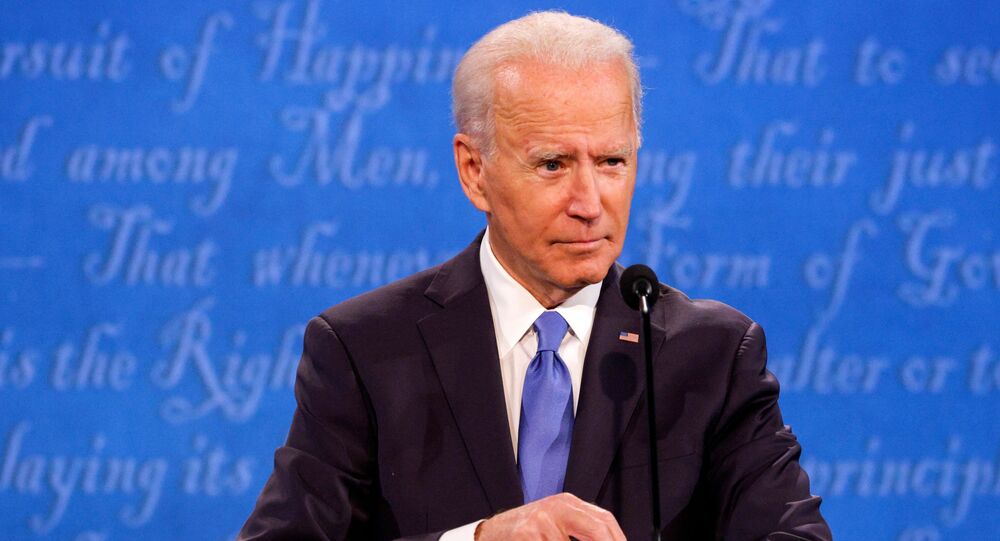 One of the first things Trump did after being sworn in as president was to introduce travel bans on several countries, mainly Muslim nations, in an attempt to prevent the arrival of radicalised Islamic terrorists in the country.

President Donald Trump has warned his supporters at a rally in Florida that should Democratic opponent Joe Biden become the next president, he will open the way for Islamic terrorists to enter the US.

"Biden wants to terminate our travel bans and surge refugees from the most dangerous places in the world. He will open the floodgate to radical Islamic terrorism", Trump said.

POTUS claims that Biden would seek to abolish the travel bans he introduced at the start of his presidency in 2017, thus making the US vulnerable to attacks akin to the ones that recently shook France. Trump specifically referred to the beheading of a French teacher two weeks ago and the most recent attack in Nice, perpetrated by a Tunisian migrant, extending his regards to French President Emmanuel Macron.

"Our hearts are with the people of France. America stands with our oldest ally in this fight. These radical Islamic terrorist attacks must stop immediately. No country, France or otherwise, can long put up with it", the president said.

Trump went on to say that under "the Biden plan" the US will "suffer horrifying attacks" similar to those experienced by France on a regular basis. POTUS even knocked on the wood of his podium at the rally in a superstitious attempt to prevent such a scenario from turning into reality.

Biden has indeed vowed to terminate "Trump's detrimental asylum policies" and end "the mismanagement of the asylum system" in his electoral promises, but did not specify whether he would lift the remaining restrictions for travellers from Chad, Iran, Libya, North Korea, Somalia, Syria, Venezuela, and Yemen.

The US president's address comes less than a day after 21-year-old Tunisian migrant, Brahim Aoussaoui, assaulted worshippers and personnel of the Notre Dame basilica in Nice on 29 October shouting "Allahu Akbar". The assailant reportedly beheaded an elderly woman with a 12-inch (30-centimetre) blade, as well as fatally hacked two more people in the tragic attack.

The attack followed the beheading of French schoolteacher Samuel Paty, who was slain by 18-year-old Abdullah Anzorov on 16 October. The assault happened after Paty showed Charlie Hebdo's cartoons of the Prophet Muhammad during a lesson on the importance of freedom of speech.

In light of these events, French President Emmanuel Macron announced that "France is under attack" over its "values [and] taste for freedom". He vowed that the country will not "give in to any terror" and promised to boost security to deal with the threat. The government has since elevated its counter-terrorism plan Vigipirate to the highest level, that of "an urgent emergency throughout the country".

Trump, Biden Slam Each Other at Rival Rallies in Florida