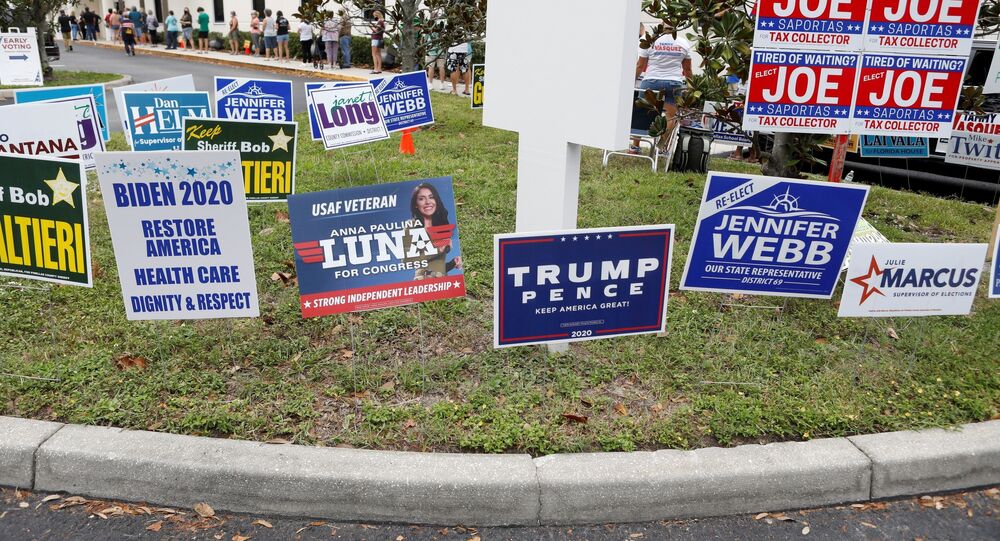 WASHINGTON (Sputnik) - More than 80 million Americans have cast early votes for the 3 November presidential election, data from the US Elections Project revealed on Thursday.

The data showed that as of Thursday afternoon, 80,061,661 registered US voters had cast ballots in the election, representing more than 58 percent of the turnout in 2016, when 138 million citizens voted.

.@texastribune’s early voting tracker has been updated: 51% of registered voters in Texas have cast a ballot with two full days of early vote + Election Day still to come. This has been a crappy turnout state forever, so pretty, pretty, pretty good https://t.co/9SOgjdQ4hW #tx2020 pic.twitter.com/NdvBiEj9xG

Democratic presidential nominee Joe Biden, as of mid-day Thursday, leads nationally by 7.7 percent on average in the nine most recent surveys posted on Reaclearpolitics.com, dropping three percentage points from where it stood more than a week ago.