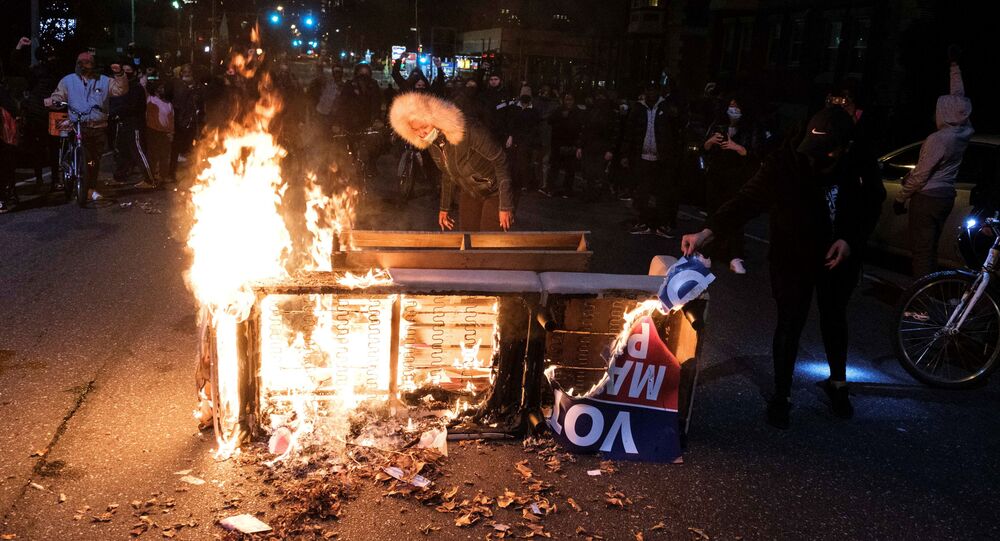 WASHINGTON (Sputnik) - The US city of Philadelphia is imposing a curfew tonight as a means to contain the ongoing civil unrest that sparked after a Black man was fatally shot by police, Mayor Jim Kenney's office said in a press release on Wednesday.

A total of 23 police officers were injured overnight and nine police department vehicles were damaged, the release said.

As of Monday, there have been 172 felony or misdemeanour arrests in connection to the ongoing riots and a total of 53 police officers have been injured with one still in the hospital, the release said.

Late Tuesday, the White House said in a statement that the reignited Black Lives Matter protests in Philadelphia are the result of the "Liberal Democrats' war against the police".

"It's a terrible thing. What I'm witnessing is terrible. And, frankly, that the mayor, or whoever it is, that's allowing people to riot and loot and not stop them is also just a horrible thing", President Donald Trump said on Wednesday concerning the events in Philadelphia.

The White House added that the Trump administration stands with the police and is ready to deploy any federal resources to restore order.

On Monday, officers fatally shot Walter Wallace Jr, who was reportedly armed with a knife and approached them despite the order to stop and drop the weapon.

Issues of racial injustice and police brutality have sparked mass protests and riots throughout the United States since the death of George Floyd in May.