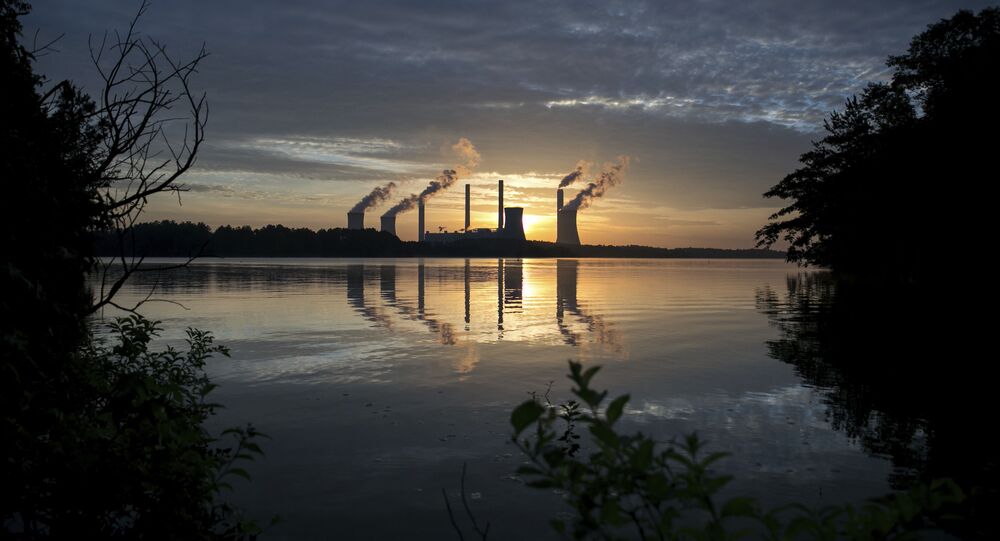 WASHINGTON (Sputnik) - Four projects to extract hydrogen from coal - and burn the hydrogen to make net-zero carbon electricity - have been awarded $80 million in research grants, the Department of Energy (DOE) said in a press release on Wednesday.

"DOE’s early-stage research for the Coal FIRST Initiative supports the development of 21st century electricity and hydrogen energy plants that have net-zero carbon emissions. These plants will be fueled by coal, natural gas, biomass, and waste plastics and incorporate carbon capture, utilization and storage (CCUS) technologies," the release said.

© AP Photo / Branden Camp
Waste-Derived Slurry Fuels Can Compete With Coal
When fully negotiated and awarded, it is estimated that approximately $80 million in federal funding will be provided to the four selected projects, the release said.

The project envisions using carbon from existing power plants that are captured and stored, usually underground, as a primary source of hydrogen, which can be extracted and used to generate electricity, the release also said.

A hydrogen economy is considered part of a technology-based approach for reducing global carbon emissions, and carbon that is captured from burning fossil fuels offers the lowest cost source of low-carbon hydrogen, the release added.

In addition, gasification of coal and biomass with carbon-capture technology can be a large-scale source of carbon-negative hydrogen. Plastic waste could also be added to the fuel mix, mitigating plastics waste in the environment, according to the release.