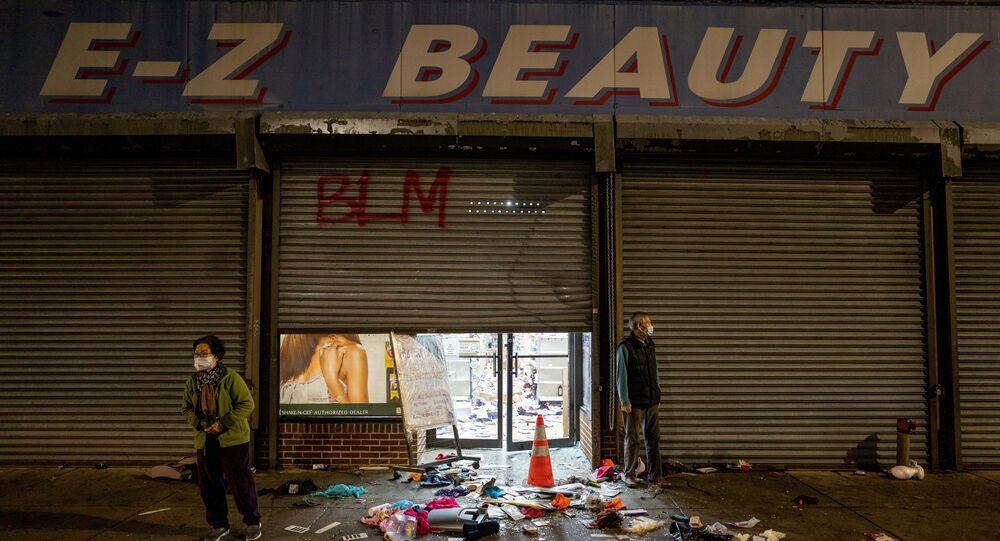 Mass riots broke out in the city on Monday evening following the death of black resident Walter Wallace Jr, who refused to put down his knife and was shot several times by police officers in West Philadelphia.

Businesses are being widely looted in Philadelphia, especially in the area of Castor and Aramingo Avenues, amid the ongoing unrest over Wallace's death, Philadelphia police reported on late Tuesday.

The authorities also urged citizens in West Philadelphia, Kensington, Fairhill, North Philly, Fishtown, and Port Richmond to stay at home as the protests have grown violent.

*Alert* A large crowd of appx 1000 is looting businesses in the area of Castor and Aramingo. Avoid the area

HAPPENING NOW: Widespread looting in Philadelphia during 2nd night of unrest; Rioters seen clearing out a pharmacy and carrying TVs out of a WalMart

As soon as police arrived, looters were seen dropping stolen goods and leaving the parking lot nearby the store in panic.

Breaking: As @phillypolice show up into ⁦@Walmart⁩ parking lot, looters drop the large screen televisions they were carrying and run from police leaving the big televisions in big red boxes scattered in the parking lot ⁦@FOX29philly⁩ pic.twitter.com/oUlH7n8xFd

Current state of a Walmart in Philadelphia after looters destroy the store.

Foot Locker, Rite Aid, and other stores have also been ransacked.

A Philadelphia Foot Locker was looted clean at the BLM riot. Video by @Julio_Rosas11: pic.twitter.com/GBN3TXc3Vk

BREAKING: looting is taking place all around Philadelphia. This is a five below store being ransacked by black lives matter protesters pic.twitter.com/HyCzERRjOk