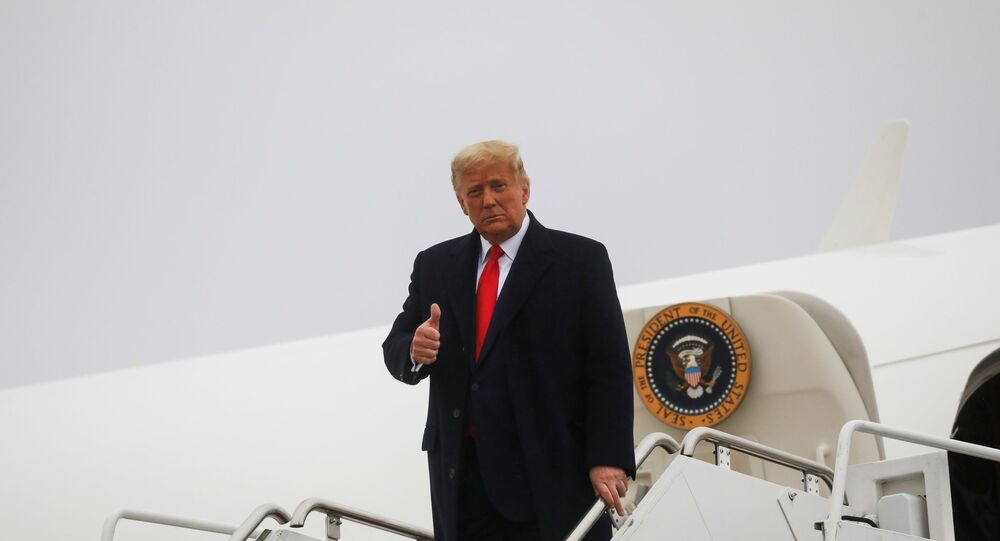 The United States' ruling Trump Administration has been involved in a months-long negotiation deadlock with the Democrats, whose votes are required to pass a coronavirus stimulus bill, as neither side is willing to concede on key demands.

US President Donald Trump confirmed on Tuesday that a coronavirus relief stimulus package would not be finalised until after the upcoming November election, but suggested a deal will be reached within the divided Congress.

While speaking to reporters at the White House, the president said his administration would still be prepared to negotiate with House Speaker Nancy Pelosi following the 3 November election.

However, Trump slammed Pelosi for seeking “bailouts” for Democratic-run states and cities and predicted that the failure to come to a pre-election agreement would result in a Republican-dominated House.

“Nancy Pelosi is only interested in bailing out badly-run, crime-ridden Democrat cities and states. That’s all she is interested in”, Trump said. “She is not interested in helping the people.”

“After the election, we will get the best stimulus package you have ever seen”, Trump added. “I think we are going to take back the House because of her."

President @realDonaldTrump on stimulus talks: Nancy Pelosi is only interested in bailing out badly-run Democrat cities and states pic.twitter.com/ewgQBO1i3K

​Negotiations between the White House and leading Democrats over a new stimulus have been ongoing for months, as it looks increasingly unlikely that either side will concede over funding prior to 3 November.

Pelosi and Treasury Secretary Steven Mnuchin, Trump’s chief negotiator, sat down for talks again on Monday. Following the meeting, Pelosi aide Drew Hammill said House Democrats were still waiting for the administration to agree with their calls for a national plan for COVID-19 testing, as the two sides remain in deadlock over funding for state and local governments which have been hit by the coronavirus outbreak.

Certain Senate Republicans have also opposed the White House’s $1.8 trillion support scheme in negotiations with Democrats and it is not currently clear if a compromise stimulus deal would successfully pass through the upper chamber even if a funding agreement was reached.

Nancy Pelosi continues to adamantly refuse to "take yes for an answer" on COVID stimulus -- even when other Democrats are urging her to do so. pic.twitter.com/UQPm0Kt1ec

​The prospects for a deal are not certain even after the elections. Trump, who is currently behind in all national polls, could be replaced by Democratic nominee Joe Biden with the GOP remaining the largest party in the Senate.

Businesses across the country have been forced to close due to social distancing and lockdown restrictions introduced as new cases of coronavirus begin to spike. Millions of jobs were lost earlier this year as the US economy tumbled.

The country has experienced four months of consecutive job gains, leading to a 7.9 percent unemployment rate in September. Some economists warn, however, that without a stimulus package to aid in local recovery, the resurgence may be short-lived.