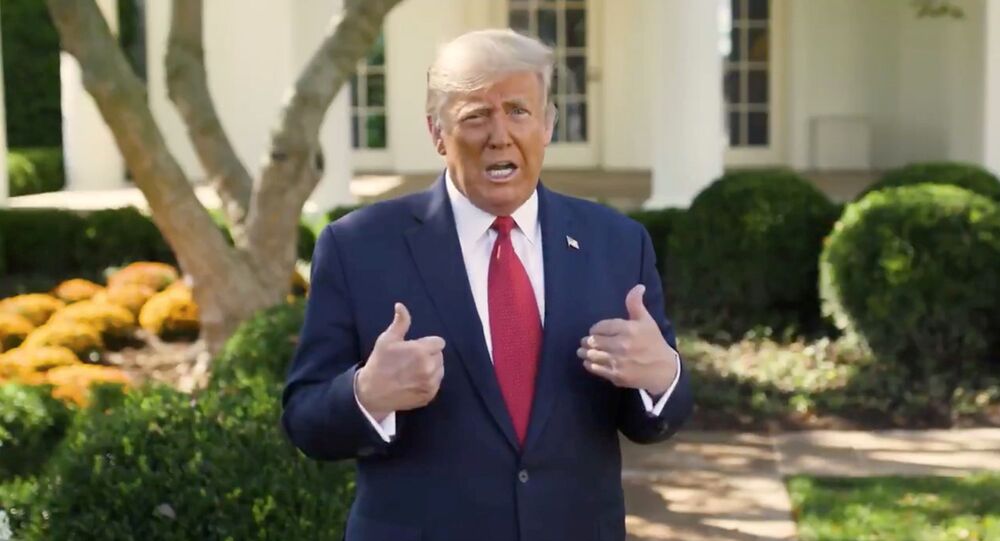 A federal judge on Tuesday ruled that US President Donald Trump can be personally sued for defamation in connection to a lawsuit filed by writer E. Jean Carroll, who claims Trump raped her in the mid-1990s.

According to Judge Lewis Kaplan, Trump must remain a defendant in the lawsuit and cannot be replaced by the US government.

If the US Department of Justice (DoJ) had succeeded in having the US government represent the president in the lawsuit, the government would have been liable for any potential damages to Carroll, CNBC reported.

Last month, the DoJ moved to replace Trump’s legal team with government lawyers to protect him against Carroll’s accusation that Trump raped her in a Manhattan department store in the 1990s, the New York Times reported.

DoJ lawyers stated in court papers that Trump was acting in his official capacity as president when he denied even knowing Carroll. As a result, he could be defended by government lawyers, the department argued.

However, on Tuesday, Kaplan ruled that Trump was not acting in his official capacity when he refuted Carroll’s accusation.

“His comments concerned an alleged sexual assault that took place several decades before he took office, and the allegations have no relationship to the official business of the United States,” the judge wrote in a statement obtained by the Times.

“Even if he were such an employee, President Trump’s allegedly defamatory statements concerning Ms. Carroll would not have been within the scope of his employment. Accordingly, the motion to substitute the United States in place of President Trump is denied,” Kaplan added, CNBC reported.

Following the court’s Tuesday decision, Carroll released a statement saying she could now return to “getting the truth out.”

“When I spoke out about what Donald Trump did to me in a department store dressing room, I was speaking out against an individual,” Carroll said in a statement obtained by the Times. “When Donald Trump called me a liar and denied that he had ever met me, he was not speaking on behalf of the United States.”

Carroll first claimed in a July 2019 New York Magazine article that Trump raped her in a changing room in the Bergdorf Goodman store on Manhattan’s Fifth Avenue. Trump has denied the accusations and has accused Carroll of trying to stir up publicity.