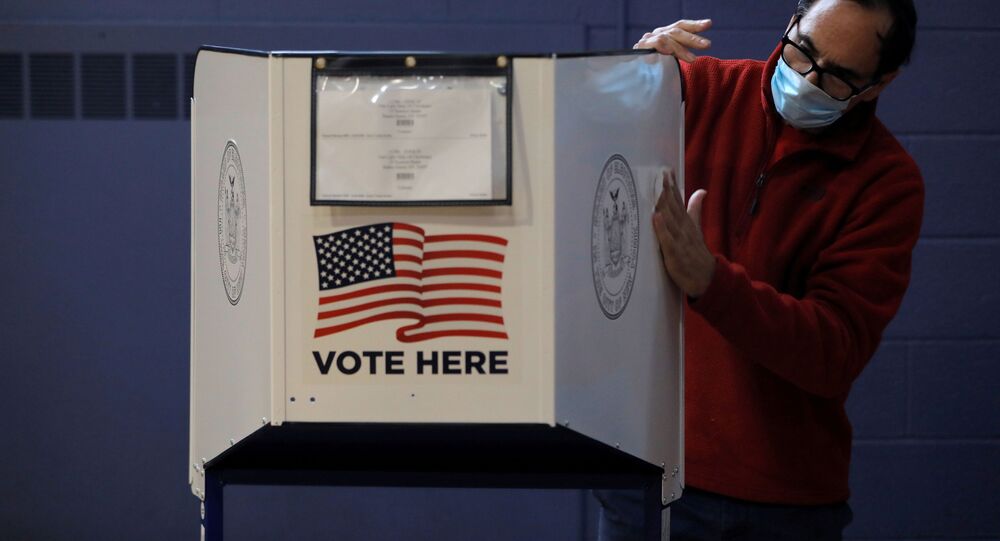 The previous threshold was reached on 23 October after the US Elections Project announced that more than 50 million people had taken part in the early vote.

More than 60 million Americans have cast their ballots for the 3 November election — almost half of the total who voted in 2016 — setting up a record for early voting.

The total number of early votes has reached 60,082,857, the US Elections Project said.

Of those, more than two-thirds, or 40,182,523, sent their ballots by mail, while another almost 20 million voted early in person.

However, some US states do not differentiate between mail-in ballots and in-person votes, the Elections Project cautioned.

The numbers show intense interest in the contest between Donald Trump and Joe Biden, as well as voters' desire to reduce their risk of exposure to COVID-19.

While this year's vote could become the most participated in US presidential election, but also the most distrusted US election ever, as many fear their votes will be lost in the mail or compromised if cast early.

The coronavirus pandemic that has infected some 8.6 million Americans and killed more than 225,000 of them means exercising safety will be as much a priority in the election as fulfilling one’s democratic duty.

This was evident as millions turned out in masks for early in-person voting that got underway in New York and other states on Saturday, weeks after mailed-in ballots began trickling in.

© REUTERS / Octavio Jones
8 Days to Go Before US Presidential Election: Texas Leads in Early Vote, ‘New Voters’ on Uptick
Social and mainstream media were inundated with pictures and videos of people reportedly standing for hours in line to vote, while the United States registered a new daily record of more than 83,000 COVID-19 cases. Yet, despite performing their fundamental duty as citizens, many remain unsure if every vote cast will count.

One reason for that is the months of railing by President Donald Trump against ballot fraud and mail rigging. There’s no proof of widespread electoral wrongdoing as alleged by the president. But media reports have highlighted sporadic cases of ballot irregularities and a New Jersey postal worker has been charged for throwing ballots into two dumpsters.