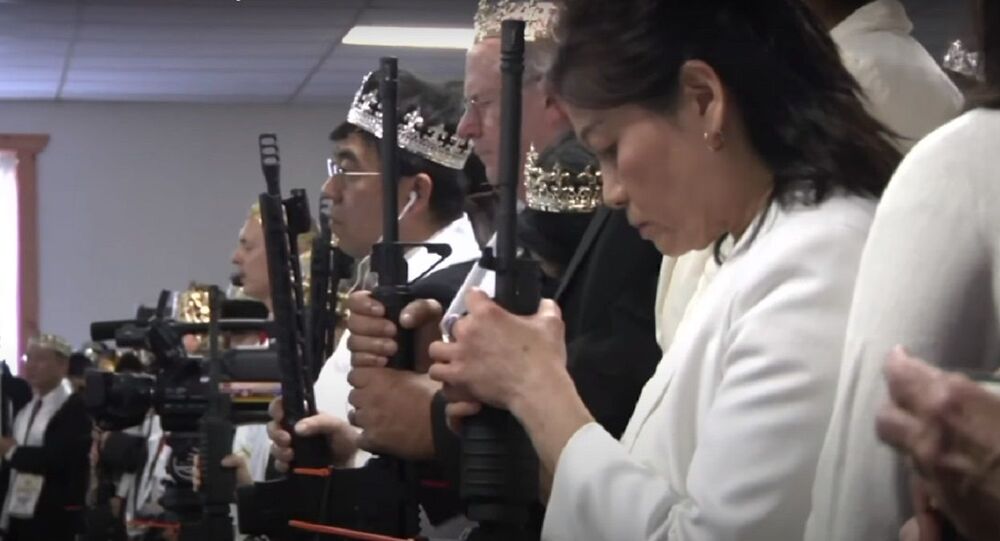 One of the churchgoers reportedly expressed concern about left-wing groups in the US "plotting trouble", while another said she fears "organisations like Antifa are threatening public safety".

With the the presidential election in the United States looming on the horizon, Sky News reported on worries facing adherents of a particular religious congregation: The World Peace and Unification Sanctuary Church.

Led by pastor Hyung Jin Sean Moon, son of Reverend Sun Myung Moon, and described by the media outlet as “pro-gun, pro-life and pro-Trump”, the church gained quite a bit of attention due to unloaded AR-15 rifles being carried by participants of at least some ceremonies held there.

And now, at least some members of the congregation are reportedly expressing concern about the prospects of Democratic presidentical candidate Joe Biden winning the election and the events that might follow.

US Election 2020: Inside the Pennsylvania church where they pray next to their AR-15 rifles pic.twitter.com/iPH2Gf5SmY

​"There's many cells, hidden cells all over the country," said one of the churchgoers, Hope Igarashi, who reportedly “believes there are left-wing groups plotting trouble". "They're ready. They're preparing for some kind of war to take over our nation. We don't want to become like Venezuela. Already. Right now. We have people in food lines trying to get food. And I believe that we need President Trump to protect us from many terrible things that might come about."

Another churchgoer, Annette Yamakawa, told the media outlet she has “taken classes and practiced on a range in case there is conflict after the election and claims Democrats are doing the same”, and that she “fears organisations like Antifa are threatening public safety".

​And pastor Hyung Jin Sean Moon himself reportedly noted that while Donald Trump is not exactly a perfect person, he "stands against murder and the genocide of 70 million children... and very radical left-wing ideologies".

The US presidential election, where voters are going to decide whether Donald Trump or Joe Biden becomes the next POTUS, is slated to take place on 3 November.