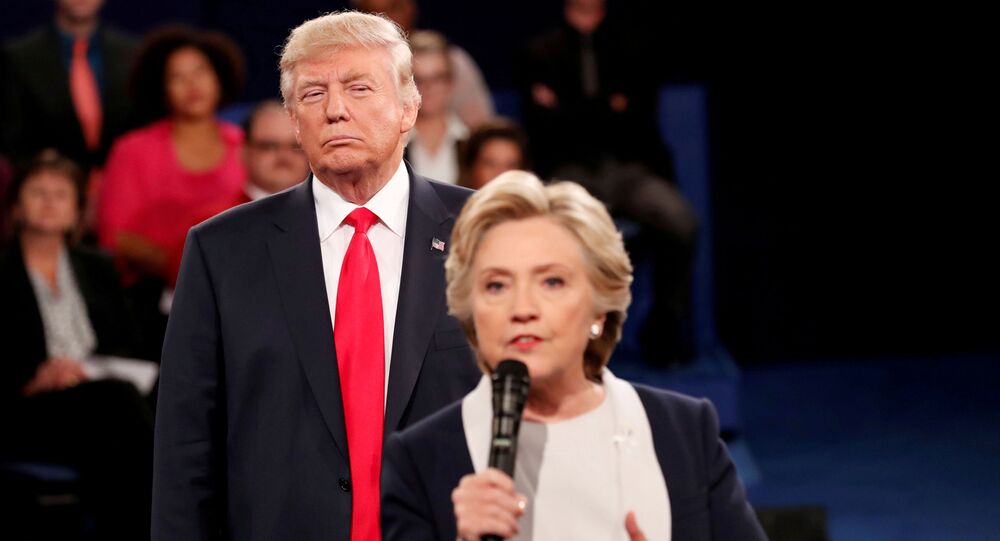 More than 50 million people have voted early so far in the US elections, although the official main polling date is not until 3 November, the US Elections Project announced earlier.

US President Donald Trump, called his rival, the US presidential candidate from the Democratic Party, Joe Biden, a nicer person than Hillary Clinton, but inferior to her in terms of intelligence.

“They said, ‘What’s the difference between Crooked Hillary Clinton and Biden?’ I said, ‘Well, obviously they’re both crooked,’ but let’s get out of that,” Donald Trump said. “The big difference is, she had more energy — but not much — and she’s a more intelligent person. I will say that.”

“She’s a much more intelligent person,” he added. “Until she used the word ‘deplorables,’ I thought she was very smart.”

In turn, earlier Biden accused his opponent - who denies any wrongdoing - of running secret overseas accounts, evading taxes, and being suspiciously weak in conduct vis-a-vis Russia, which, as he suggested, may stem from his global business interests.

Hillary Clinton was the 2016 Democratic presidential nominee but lost the elections to Trump.

The US presidential election, in which Trump is facing off against Democratic nominee Joe Biden, is set for 3 November; some states have already started early voting.

Joe Biden is ahead by an average of eight percent nationally in the 11 most recent surveys posted on poll aggregator Realclearpolitics.com. Trump is behind in eight of the top 12 battleground states, but nearly all within a typical margin of error, and most have tightened in the past week.