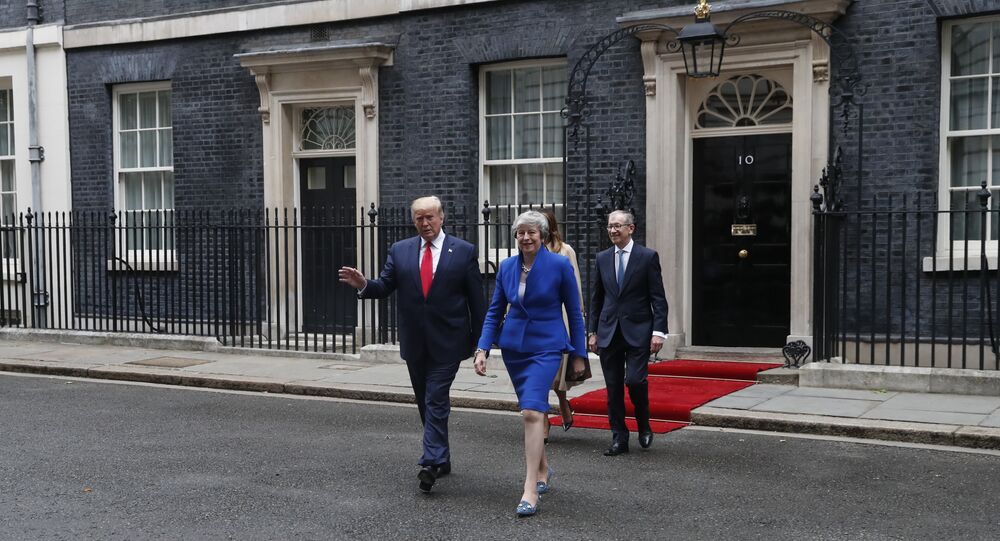 POTUS reportedly voiced his straightforward assessment of two of his European colleagues when attending a centenary ceremony for World War I in Paris.

Despite Donald Trump's and former British Prime Minister Theresa May’s relationship appearing to have enjoyed a good start, they never truly saw eye to eye on a variety of issues, including Brexit, as follows from comments by Gerard Araud, the French Ambassador to the US from 2014 to 2019.

Speaking on a BBC documentary called "The Trump Show", Mr Araud recalled a couple of curious episodes, which purportedly gave away the show.

"It was the centenary of World War 1 and Mr Trump suddenly decided, really overnight, to come to Paris. He loves winners and, for him, Mr Macron was a winner", the former envoy started off by saying, continuing to recall how Trump looked up at Mr Macron asking: "What do you think of Mrs Merkel and Mrs May?"

Macron reportedly sounded really polite, saying definitively, albeit with a pause: "Well, I appreciate them, they are colleagues".

"And Mr Trump looked at him and said: 'They are losers'", Araud recounted.

The comments came as Trump visited Paris in 2017 for the 100th anniversary of the US joining allied troops during World War I.

Trump ostensibly went on to make his views of May even more obvious to world viewers. Some of his outspoken remarks came after former British Ambassador to the US Kim Darroch depicted the Trump administration as "dysfunctional" and "inept" in 2019, sparking Trump's rage.

"The wacky Ambassador that the UK foisted upon the United States is not someone we are thrilled with, a very stupid guy", he tweeted around the time. He went on to resolutely urge the diplomat to take up the deadlocked Brexit talks back home instead:

"He should speak to his country, and Prime Minister May, about their failed Brexit negotiation, and not be upset with my criticism of how badly it was handled", Trump fumed.

"I told Theresa May how to do that deal, but she went her own foolish way – was unable to get it done. A disaster!", POTUS persisted in his rage.

The US is on the threshold of a new presidential election, on 3 November, with POTUS Trump looking to defeat his Democratic challenger Joe Biden, despite currently trailing in national polls. Trump is thereby hoping for a repeat of 2016, when he defeated Hillary Clinton despite consistently falling behind in the pre-election polls.