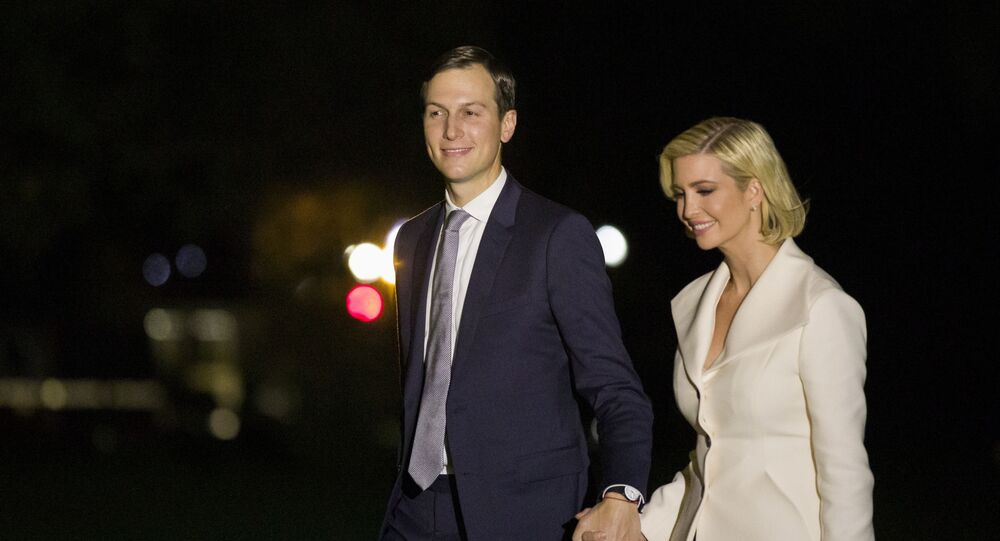 The Lincoln Project, founded last year by a group of current and former Republican strategists, is trying to thwart Donald Trump’s chances of winning the upcoming presidential election. Last week it was reported that at least 15 billionaires or their spouses have donated to the political action committee.

Ivanka Trump and her husband Jared Kushner have reportedly threatened to sue the Lincoln Project over coronavirus-themed ads. The advertisements in question are two giant billboards located in Times Square in New York City and depict Kushner and Ivanka. One billboard shows Ivanka smiling and gesturing towards the death toll from the coronavirus in the United States in general, and in New York in particular.

​The photo of Ivanka was apparently taken from a July post on Twitter where she held a can of Goya Foods.

If it’s Goya, it has to be good.
Si es Goya, tiene que ser bueno. pic.twitter.com/9tjVrfmo9z

​The other ad shows Jared Kushner near rows of body bags along with a quote: "[New Yorkers] are going to suffer and that’s their problem."

​According to Vanity Fair magazine, Kushner, a senior adviser to President Donald Trump, made the statement at a government meeting in March, when the coronavirus outbreak started in the United States. Back then, Kushner reportedly blasted New York's Governor Andrew Cuomo for the slow response to the pandemic.

"Cuomo didn’t pound the phones hard enough to get PPE [personal protective equipment] for his state…. His people are going to suffer and that’s their problem", Kushner said, as cited by someone who, according to the magazine, attended the meeting.

The White House has categorically denied Kushner made the statement. An investigation conducted by The Wall Street Journal in September found that Cuomo’s decision to delay the shutdown of the biggest city in the United State contributed to the US' high death toll from coronavirus.

Now Ivanka and Kushner’s lawyers are threatening to sue the Lincoln Project for what they describe as "malicious and defamatory" ads.

The Lincoln Project posted a screenshot of Kasowitz’s letter on Twitter with the caption "Nuts!"

The political action committee was formed in 2019 by a group of current and former Republican strategists in order to prevent Donald Trump from winning the 2020 presidential election. The Lincoln Project has already spent seven-figure sums on TV and digital ads criticising Donald Trump and his administration.

#LPTV Join us tonight LIVE at 9pm ET for The Breakdown with @TheRickWilson, @TaraSetmayer, @MarioNicolaiEsq and @kathleendwarner

​Last week it was reported that at least 15 billionaires and their spouses had donated hundreds of thousands of dollars to the Lincoln Project. According to the committee’s records, it raised $39.4 million between July and September.