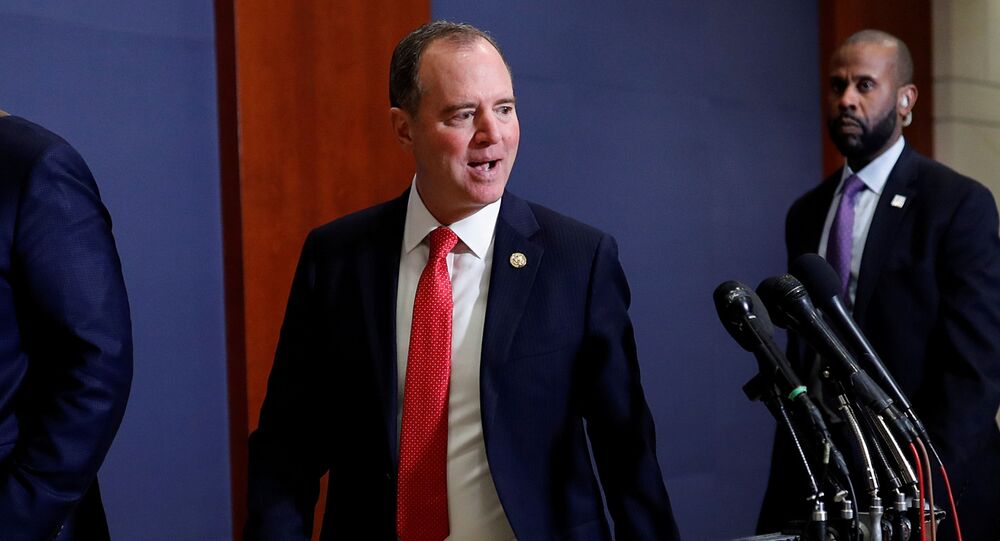 WASHINGTON (Sputnik) - US House Intelligence Committee Chair Adam Schiff on Friday called on the United States to recognize the independence of Nagorno-Karabakh, also known as the Republic of Artsakh.

"I am formally calling for a US recognition of the Independent Republic of Artsakh," Schiff said, via Twitter.

Schiff emphasized that the United States will not stand idly by as Azerbaijan and Turkey wage war on Artsakh, killing hundreds of soldiers and civilians and displacing tens of thousands.

"I stand with Artsakh," Schieff said.

I am formally calling for U.S. recognition of the Independent Republic of Artsakh.

The United States will not stand idly by as Azerbaijan and Turkey wage war on Artsakh, killing hundreds of soldiers and civilians, and displacing tens of thousands.

I stand with Artsakh. pic.twitter.com/cPzMjNoMeF

On 21 October, the information center of the as-yet-unrecognized Nagorno-Karabakh republic said, citing the Karabakh Foreign Ministry, that US House of Representatives member Grace Napolitano had submitted a resolution on the recognition of the independence of Artsakh to the House.

"The path forward is one of liberty, which is why I am today calling for official US recognition of the Republic of Artsakh's independence," the center wrote, quoting Napolitano.

Armed hostilities in Nagorno-Karabakh have been ongoing since 27 September.

The parties have since agreed to two humanitarian ceasefires, although both were broken mere hours after entering into force. The warring sides have continued to accuse each other of provocations and attacks on civilian settlements. Tensions are traced back to the region's separation from the Azerbaijani Soviet Socialist Republic in 1988, during the collapse of the former USSR.

Since 1992, talks continue for a peaceful settlement to the conflict, with the mediation of the OSCE Minsk Group, led by Russia, the United States and France.

Iranian Ambassador on Karabakh Conflict: Tehran Will Not Tolerate Aggression Near Borders