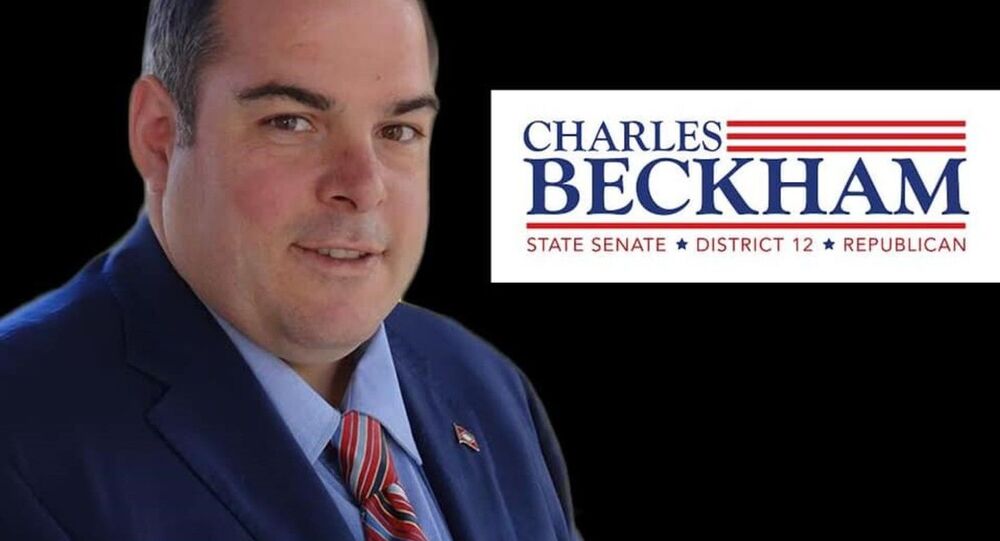 A Republican running for the Arkansas Senate was dismissed from the Mississippi high school he attended nearly two decades ago after allegedly dressing up as a member of the Ku Klux Klan during a school-sponsored Halloween event.

The campaign of Charles Beckham, a 37-year-old Republican candidate running for District 12’s Arkansas Senate seat, has reignited the alleged trauma of former classmates who claim the political hopeful donned full KKK regalia in 2000 while attending the Mississippi School for Mathematics and Science.

Five classmates who spoke with the Arkansas Times detailed that Beckham and two friends strolled through the women’s dorm - which was open for the school’s Halloween event - in what appeared to be authentic KKK garments, including the pointed mask and hat and robe with a circular insignia.

Victoria Brown, a Black classmate, recalled that the three students were not being playful, but marching with a “commanding presence” that made her think: “Did I see what I just saw? Gee, they just have these [outfits] at home? Do they do this on the weekend?”

Beckham has denied the allegations and argued to the Arkansas Democrat-Gazette that there is no truth to the claims.

“First of all, I unequivocally denounce the KKK and any like minded hate group,” he expressed in an email to the outlet. “It is sad that the Democrats will do anything and say anything to try to win. The accusations that have been made about me are not only baseless and false, but disgusting.”

However, a January 2001 court order produced by the Mississippi State Board of Education detailed that Beckam, also known as “Bubba,” did acknowledge the KKK regalia incident occurred.

“Bubba further contends that there was no physical or emotional harm caused by his actions,” revealed the order, which explained the arguments made in a notice of appeal regarding Beckham’s expulsion filed by his family. “There were several students testifying on behalf of Bubba that stated the costume worn by Bubba was in poor taste or immature, but they felt it was nothing more than a costume.”

“The costumes consisted of white bed sheets that were sewn into the form of robes with a patch on the chest area and pillowcases that were cut into hoods,” the order stated, as reported by the Democrat-Gazette. “The costumes were worn to school-sponsored Halloween activities that consisted of 'trick or treating' in the girls’ dormitory.”

The suit was dismissed in November 2001, and the school’s decision to reprimand Beckham with a suspension, followed by a dismissal, was upheld by the Mississippi Board of Education.

“They weren’t sheets, they looked to me to be real robes,” said Bronwen Haskel, a white classmate of Beckham’s who recounted the incident to the outlet. “I remember seeing a Black classmate and the look of pain on his face.”

Beckham is in a tight race with the Democratic incumbent, state Sen. Bruce Maloch of Magnolia, Arkansas, according to the Democrat-Gazette.

Only in 2020: This Year’s Halloween Falls on Rare Full ‘Blue’ Moon