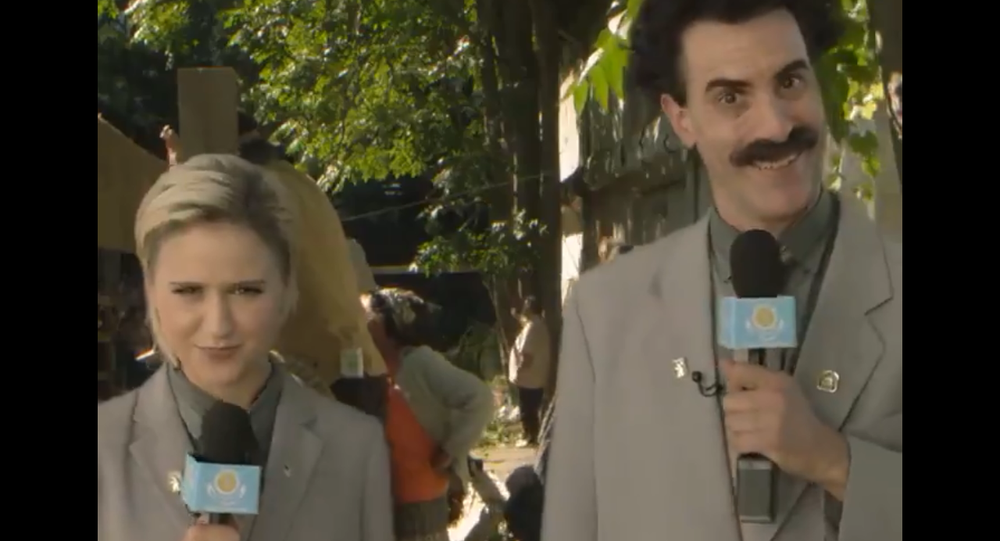 The release of White House tour footage coincides with the release of a new movie starring English actor Sacha Baron Cohen as the Borat character, alongside Bulgarian actress Mara Bakalova, who plays his daughter in the film. The scenes at the White House were said to have been edited out of the new ‘Borat Subsequent Moviefilm’.

The 52-second clip features a blond Bakalova at the White House’s north lawn and in a briefing room located outside the West Wing offices used by Trump and his staff.

The Bulgarian actress was accompanied by correspondent Chanel Rion of conservative news network OANN, which Cohen, in his Borat character, describes as the “most rigorous news source in America”. The visit to the White House took place on 20 September, according to the Daily Mail.

“I know this because they take my daughter into the White House,” Cohen as Borat says of OANN in the clip.

The Borat character claims, in the video which is not part of the new movie, that “his daughter” was allowed to the White House with no security check or COVID-19 test.

“Trump very careful who he let into his events and house. No Covid test necessary - High 5!” the film character captioned the video posted on Twitter.

Trump very careful who he let into his events and house. No Covid test necessary - High 5! pic.twitter.com/Kf5gGk3n2M

Named Tutar in the movie, “Borat’s 15-year-old daughter”, who at the time wore her hair brown, can be seen in the video attending a reception for Trump supporters in Phoenix, Arizona. She shakes hands with Trump Jr. at the same event and tells him she is excited to meet him.

“I’m little bit nervous but I’m really excited to meet you,” Bakalova, 24, says, as she shakes hands with the president’s son.