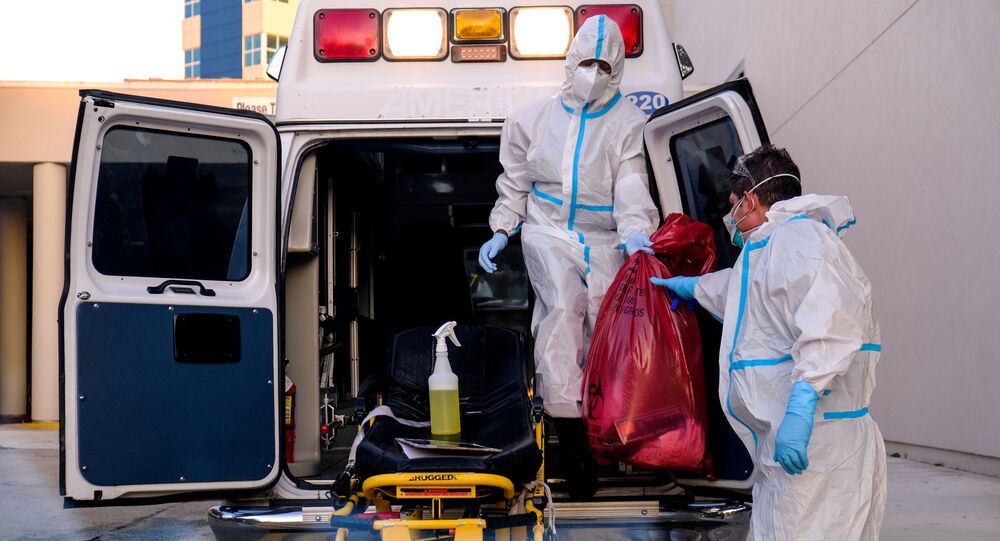 Using data from previous public health studies, a study team with the Institute for Health Metrics and Evaluation predicts that an estimated 130,000 lives could be saved if authorities in all US states impose the universal use of protective face masks in public - and if 95 percent of people comply.

The US death toll in the coronavirus pandemic could pass the half-million mark by the end of February 2021 unless state governments require everyone to wear masks in public spaces.

That is according to a study by the Seattle-based University of Washington's Institute for Health Metrics and Evaluation (IHME) published on Friday.

Authors Bobby Reiner, Ryan Barber and Christopher Murray compared data on death rates in each of the 50 US states since February of this year, alongside social distancing measures ordered by state authorities. Those have varied widely from state to state and at different stages of the pandemic, and have been relaxed in almost all states as the first infection rate passed its peak.

They used data from previous studies that indicated those wearing masks were 40 percent less likely to be infected with a respiratory disease like the coronavirus to model different scenarios.

The study authors note that the toll would be from 85,000 to 171,000 less if 95 percent of citizens wear approved surgical-style face masks in public at all times.

With a lower compliance rate of 85 percent mask-wearing, the reduction in deaths would be from 61,000 to 133,000, according to the study.

© REUTERS / ALEX WROBLEWSKI
‘Critical Phase’: US Breaks Record for Single-Day Increase in COVID-19 Cases
Official responses to the COVID-19 pandemic and the issue of mask-wearing became highly politicised in the US, in a presidential election year.

Democratic challenger Joe Biden backtracked on an earlier decision to hold campaign rallies for fear of spreading the disease, and has only spoken at a few socially-distanced drive-in events with very low physical attendance. He has made attacking US President Donald Trump's handling of the crisis at the federal level a central plank of his message to voters.

Trump, in contrast, is on a whistle-stop tour of open-air rallies in front of crowds that are said to sometimes top 10,000. CBS News reporter Lesley Stahl criticised Trump during an interview with the president for the '60 Minutes' show this week, over the apparent disregard by his supporters for the virus, as they mingle closely, without masks. Trump responded that masks were handed out to all attendees and they were asked to wear them, pledging that a vaccine would be available "soon".

However, the study data showed daily death rates were highest in the most heavily-populated states, regardless of whether the governor or legislature were Republican or Democrat.

Several European countries, including the UK, have seen a recent uptick in COVID-19 cases, as the traditional autumn and winter flu season sets in.