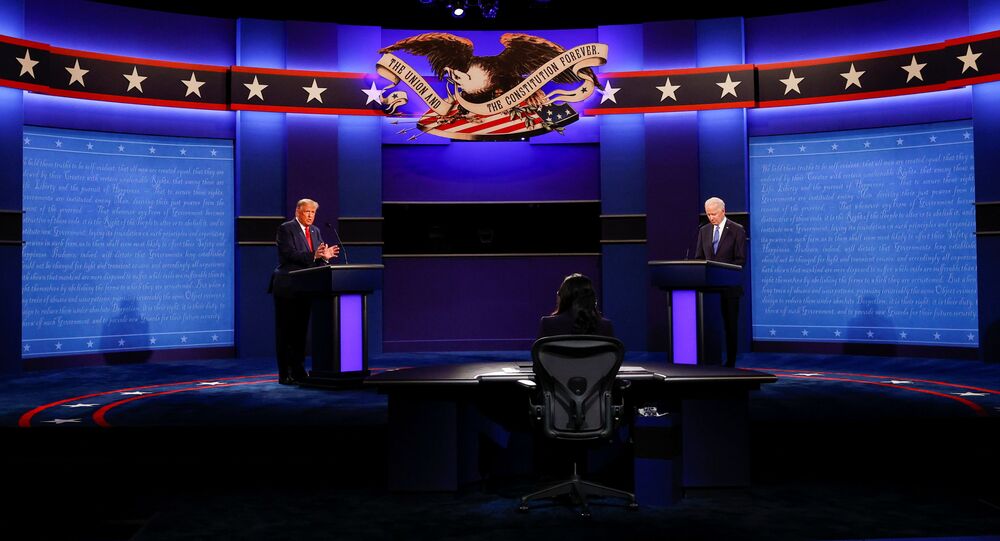 US President Donald Trump and Democratic presidential candidate, former Vice President Joe Biden, are holding their second and final debate ahead of Election Day, which is only twelve days away, at Belmont University in Nashville, Tennessee.

Ahead of the Thursday debate, Trump underwent a coronavirus test with results showing that the president was not currently infected with the COVID-19 coronavirus, according to White House Chief of Staff Mark Meadows.

The debate was originally scheduled to take place on 15 October, before it was canceled following the Republican president’s COVID-19 infection in early-October and his refusal to participate in a virtual debate.

In order to avoid having to experience Trump and Biden interrupting each other during tonight's debate - as happened at the first debate on 29 September - the US Commission on Presidential Debates announced on Monday that the candidates would have their microphones turned off while their opponent has his two-minute say on each of the debate's major six topics.

As of Thursday, Biden is maintaining a steady 10 percent national lead over Trump, according to Quinnipiac University Polls.