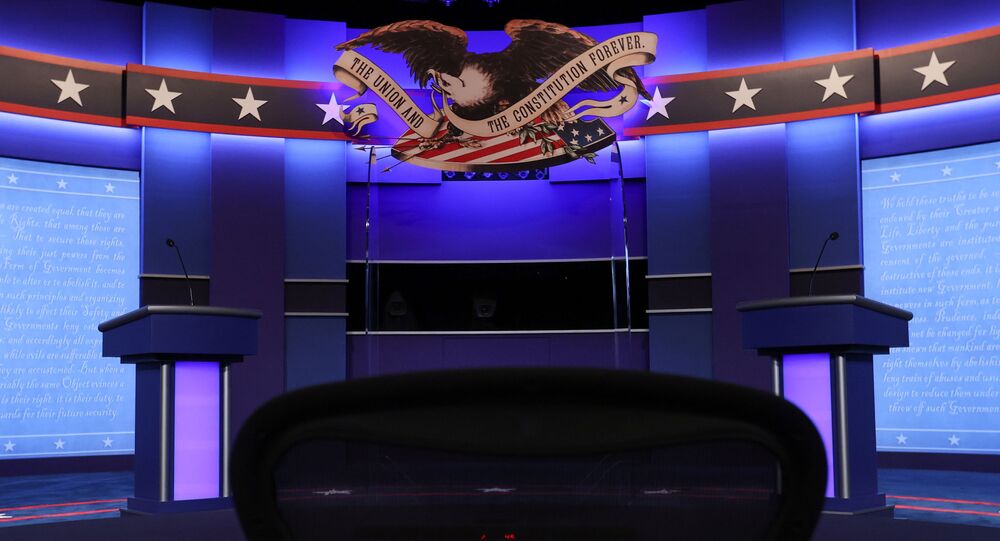 Initially, three presidential debates were planned to take place between US Republican President Donald Trump and his Democratic rival, former Vice President Joe Biden, ahead of the 2020 election. The first one took place on 29 September, while the second was canceled after Trump contracted COVID-19 and refused to participate in a virtual debate.

The 90-minute matchup between the two candidates, originally scheduled to take place on 15 October, is hosted by Belmont University in Nashville, Tennessee, and moderated by NBC News White House correspondent Kristen Welker.

The two candidates are set to discuss six topics chosen by Welker, 15 minutes for each, without any breaks. Every segment will start with a question by the moderator. The subjects picked for discussion are anti-COVID-19 measures, American families, racial issues across the country, climate change, national security, and leadership sticking points.

A key new rule applied to this debate will find the microphone of each nominee muted by the moderator while the other answers the moderator’s questions.