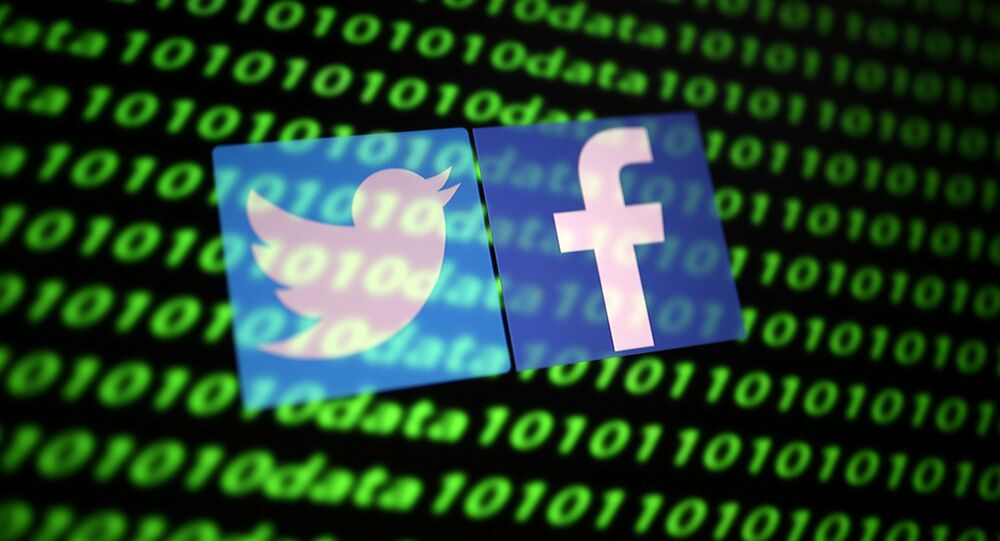 Over the past few days, President Donald Trump has lashed out at Facebook and Twitter over their handling of a report by the New York Post related to Democratic presidential nominee Joe Biden’s alleged business ties.

The US Senate Judiciary Committee on Thursday voted to authorise its chairman to issue subpoenas that would force the chief executives of Facebook and Twitter to testify at a hearing on what the panel's Republicans described as censorship.

They voted 12-0 to authorise subpoenas for Facebook CEO Mark Zuckerberg and Twitter CEO Jack Dorsey to testify on their "suppression and/or censorship of articles from the New York Post" that alleged possible corruption on the part of Democratic presidential candidate Joe Biden and his son Hunter.

Several hours after the NY Post’s story was published last Wednesday, Facebook spokesperson Andrew Stone tweeted that the company would be “reducing its distribution on our platform” while the social media giant’s third-party fact-checkers verified that the story was accurate.

“This is part of our standard process to reduce the spread of misinformation. We temporarily reduce distribution pending fact-checker review”, Stone noted.

As far as Twitter is concerned, users who attempted to post a link to the NY Post story were greeted with an error message saying “something went wrong, but don’t fret - let’s give it another shot”.

The NY Post’s original tweet of the story was removed completely, with Twitter claiming that the nation’s fourth-largest-circulating newspaper had “violated the Twitter rules”, and an attempt by the outlet’s editors to repost the story was totally halted, with a message saying the link “has been identified by Twitter or our partners as being potentially harmful".

In a separate development last Wednesday, Trump's campaign reported that White House Press Secretary Kayleigh McEnany had her Twitter account locked, with the social networking giant claiming she had posted "hacked material" that "may put people in physical harm or danger, or contains trade secrets”.

The "Trump War Room” Twitter account directly accused Facebook of “rigging the election for Joe Biden”, saying that the social media giant was “actively interfering in the election”.

POTUS, for his part, lashed out at Twitter and Facebook on his own personal account, calling for the repeal of Section 230 of the Communications Decency Act of 1996, which gives website publishers broad - but not unlimited - protection from the consequences of third-party content on their site.

This came after the NY Post story claimed that Hunter Biden had helped to arrange a meeting between his father, the then-US vice president and who was tasked with overseeing American policy toward Ukraine, and a top executive of the Ukrainian energy firm Burisma, Vadym Pozharskyi. Hunter Biden was at the time serving on the board of directors of the company.

© REUTERS / BRIAN SNYDER
Trump Will Raise Hunter Biden Corruption Story in Debate if Moderator Doesn't, Campaign Advisor Says
The allegations were said to have taken place shortly before Biden was claimed to have put pressure on officials in Kiev to fire the country’s prosecutor general who was investigating Burisma in relation to allegations of corruption.

Joe Biden has repeatedly denied involvement in his son’s business dealings in Ukraine, and his campaign has consistently noted that no meetings were listed in the former vice president’s official schedule during that period.